The Daily Northwestern • May 14, 2019 • https://dailynorthwestern.com/2019/05/14/campus/communication-prof-elizabeth-son-named-inaugural-recipient-of-mellon-acls-fellowship/ 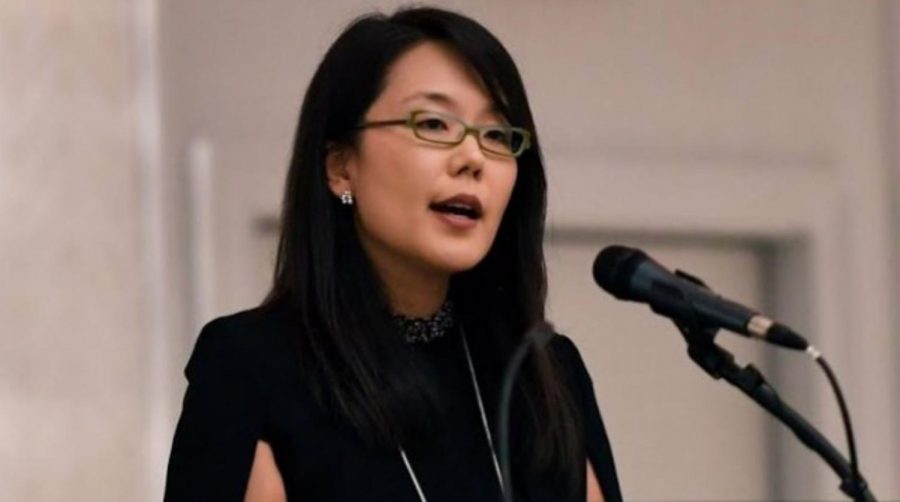 Communication Prof. Elizabeth Son has been named an inaugural recipient of the Mellon/ACLS Scholars & Society Fellowship, according to a Monday news release.

The fellowship, funded by the Andrew W. Mellon Foundation, helps support faculty who teach and advise doctoral students in a humanities-related research project. The award includes a $75,000 stipend, $6,000 for research-associated costs and $10,000 in funding for a selected partner organization, according to the release. In addition, recipients will receive additional funding for the year after they have used the fellowship in order to create programming on their campuses that promote the public value of scholarships in the humanities.

Son, a theatre professor, is pursuing a book project called “Possessing History: Korean Diasporic Women and the Performance of Persistence,” according to the release. Son will be in residence at a women’s advocacy organization, called KAN-WIN: Empowering Women in the Asian American Community.

“I look forward to partnering with KAN-WIN, a local women’s advocacy organization doing tremendous work in the lives of survivors of gender-based violence,” Son said in the release. “One of my projects with them will involve building an archive of oral history interviews with KAN-WIN organizers and the women about their stories of survival.”

Son previously participated in the Public Voices Thought Leadership Fellowship Program, a year-long program that provided a cohort of Northwestern scholars with resources and support in order to promote them as thought leaders in their respective academic communities. Her time as a Thought Leadership Fellow motivated her to search for opportunities to find support for research that exists at the intersection of social and cultural studies.

Recipients of the Mellon/ACLS fellowship can find a residency at a “cultural, media, government, policy or community organization,” the release said.