The Daily Northwestern • May 13, 2019 • https://dailynorthwestern.com/2019/05/13/lateststories/cross-country-aubrey-roberts-wins-5k-at-oxy-invite-ahead-of-ncaa-west-regionals/ 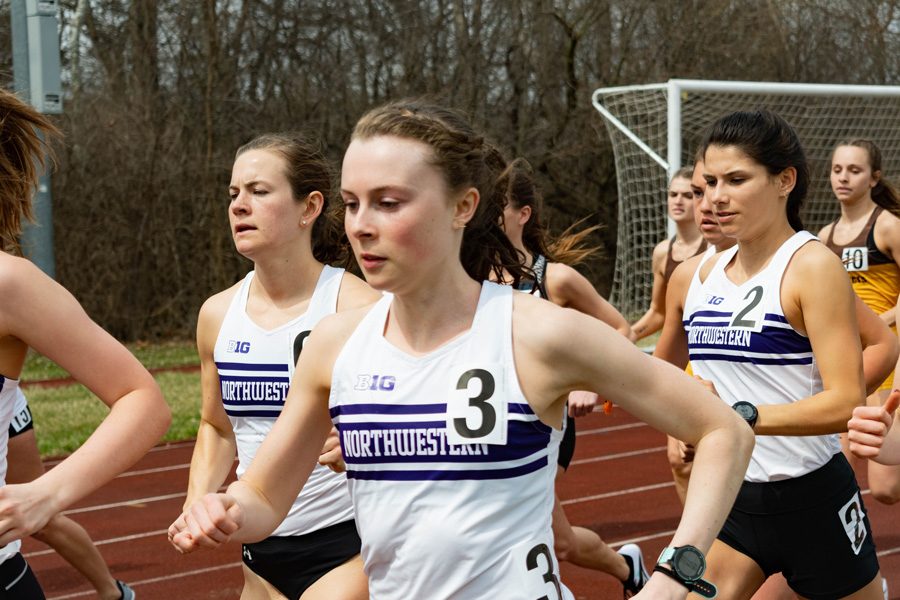 Junior Aubrey Roberts led the Wildcats with a strong performance in the 5,000-meter race. Roberts, who was an All-American in the event during the indoor season, crossed the line in 16:05, three seconds ahead of the next finisher and good for first place.

Coach ‘A Havahla Haynes said last month that Roberts was trending in the right direction and getting “significantly better” over the course of the season. She was able to reach NCAA Outdoor Championships last year after running a 16:10 5K at NCAA West Regionals — and Haynes said making it back has always been a priority for both of them.

“Aubrey has had that on her radar from cross country season,” Haynes said. “And because it’s on her radar, and I want that for her as well.”

Though Roberts would have to be one of the five fastest times in her heat — or one of the two next best overall finishes — at NCAA West Regionals to even have another shot at All-American status in June, Haynes said the junior is “definitely capable” after her fall and winter seasons.

Roberts was trailed in the 12.5-lap race by junior Sarah Nicholson and sophomore Hannah Tobin. Nicholson finished 10th with a time of 16:44, while Tobin crossed the line in 18:09 for 51st in the 84-runner field.

Throughout the outdoor season, Nicholson’s had her eyes on qualifying for NCAA West Regionals. If she makes the cut to go to Sacramento for the meet, it’d be a first for the Missouri native. Last month, Nicholson said she was changing her mindset to make it there.

“I just need to refocus on remembering all the work that it’s taken to get to this point,” she said. “Even just getting there would be a huge accomplishment since it’s an entirely new level of competition. But I’m ready to go in with an open mind and put it all out there.”

In shorter distances, both senior Isabel Seidel and junior Kelly O’Brien competed in the 1,500-meter race. The two finished milliseconds apart with times of 4:27 and crossed the line consecutively in fifth and sixth place.

NU runners will find out if they qualify for the NCAA West Regionals later this week, and then have a week and a half before traveling back out to the West Coast for the May 23-25 races.