Men charged after May 8 car chase 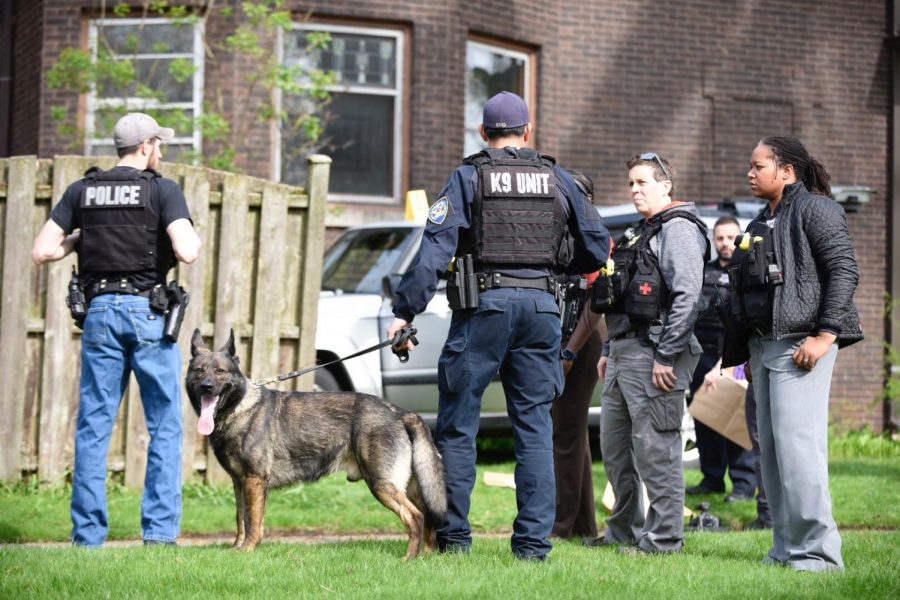 Two men have received charges after a Wednesday car chase with Evanston police that commenced after reports of gunfire.

The driver and passenger of a silver Jeep that crashed after a police chase have both received felony charges, an Evanston Police Department release said. Police charged the driver with aggravated fleeing and eluding and his passenger with unlawful use of a weapon by a felon, as well as unlawful use of a weapon by a habitual armed criminal, the release said. The driver also received numerous traffic citations.

The chase began at 3:22 p.m. after an Evanston police officer responded to the sound of gunshots near the intersection of Payne Street and Dewey Avenue, The Daily reported. After observing a silver Jeep leaving the scene, the officer engaged in a car chase with the fleeing vehicle.

The press release said the officer ceased pursuit of the Jeep until bystanders alerted the officer that the Jeep had crashed into a fence near the intersection of Sheridan Avenue and Lincoln Street. Assisting officers collected evidence and located the two offenders, who were transported to the Evanston Police Department.

Officers pressed charges against the passenger after an investigation discovered his fingerprints on a semi-automatic Glock handgun that was abandoned near the vehicle, the press release said.

The Daily reported that Orrington Elementary School and Evanston Township High School went on lockdown during the shooting.The shooting caused some property and vehicle damage, the press release said, but no one has been reported injured or killed. The incident did not involve Northwestern University, according to an EPD tweet.

The passenger is being held without bail and was due in court today at the Skokie Courthouse.  The driver’s bond and court information are pending.