The Daily Northwestern • May 9, 2019 • https://dailynorthwestern.com/2019/05/09/campus/students-turn-to-cbd-as-potential-solution-to-chronic-pain-anxiety/ 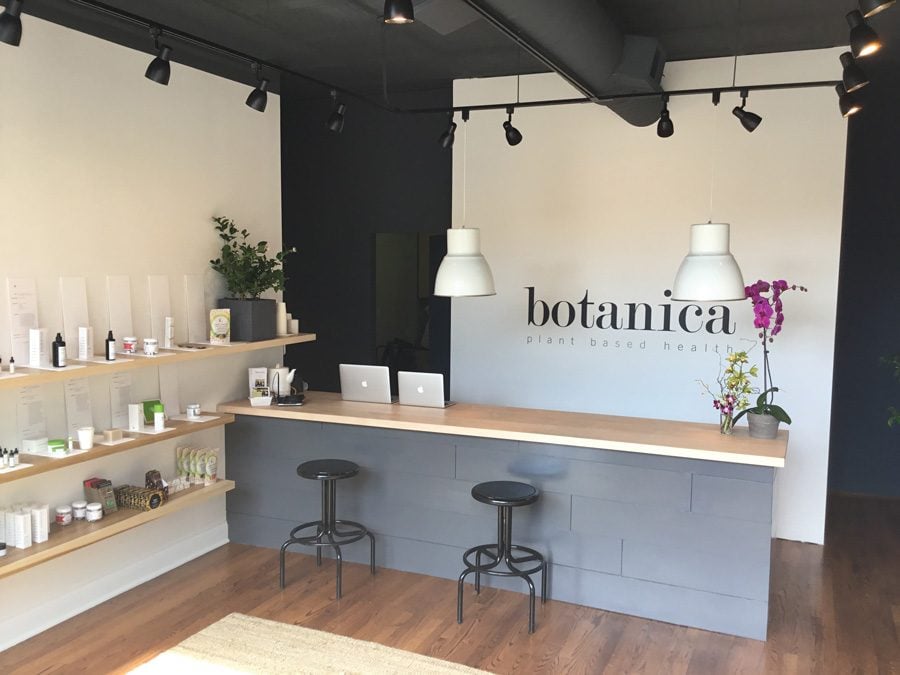 Jenna Trattner had a migraine and Advil wasn’t cutting it.

For the Communication junior, ibuprofen alleviated some of the pain but none of the pressure — not to mention that taking four painkillers every few hours couldn’t be good for her liver. She found smoking weed provided instant relief but made her feel hazy. It was only when she started ordering CBD-infused gummies on Amazon that she felt like she landed on a long-term solution.

Trattner is not alone in making this discovery. According to an analysis by Cowen and Company, nearly 7 percent of Americans use cannabidiol, a non-psychoactive cannabis compound hailed for its medicinal properties. The same analysis predicts that the American CBD market will reach $16 billion by 2025.

Keri Brennan, co-owner of Botanica CBD in Evanston, said she was inspired to open a CBD store after stumbling across a TEDx Talk about Charlotte Figi, a young girl whose epilepsy symptoms improved dramatically after she was prescribed medical marijuana.

Brennan said although her husband and sister got on board as co-owners, other friends and family members weren’t so quick to warm up — some of her friends still think she’s a drug dealer. This “mental hurdle” was one of the biggest barriers to starting Botanica CBD, she said, and ultimately played into her decision to open the store in Evanston.

“We found that people in Evanston are very educated and they are willing to do their own research,” Brennan said. “And if you do your own research, there’s some pretty compelling research out there.”

Botanica CBD opened its doors in June 2018. Brennan said the response from Evanston residents was “enthusiastic,” although it took time for people to figure out what the store was selling.

“We didn’t want people to feel like they were walking into a headshop,” she said. “We wanted high-end, really high quality products, and we designed the store to make it comfortable for people to walk into. I’m not sure the reception would have been the same if the design had been different.”

Brennan said her customers use CBD for joint and muscle pain, sleep disorders, anxiety and autoimmune disorders, among other ailments. She emphasized that CBD is not FDA-approved to treat any of these conditions and that Botanica does not make any claims about the efficacy of CBD.

Communication sophomore Gaby Godinez said she purchases vape cartridges and tinctures from Botanica CBD. She uses CBD to cope with nausea, which she experiences as a symptom of anxiety. Her therapist recommended the supplement as a potentially helpful and soothing option, with the caveat that it wasn’t a definitive solution.

“It’s tricky since (CBD) isn’t FDA-approved, and you can’t get any health insurance to cover the cost of it,” Godinez said. “It’s incredibly expensive.”

Godinez said she also has a CBD candle that “works wonders” for her symptoms. Other methods for using CBD include anything from edibles to bath bombs. Brennan said Botanica CBD also carries skincare and exercise recovery products, and recently started selling “CBD flower” — weed with a negligible amount of THC.

Trattner said she thinks it is important to distinguish CBD from marijuana in the discourse surrounding cannabis legalization.

“Because CBD is so simple and so effective, it really deserves to be in its own category (separate) from the high school party drug that also comes from the same plant,” Trattner said. “Weed definitely has more quirks and kinks to legalizing and understanding, but CBD should really just stand on its own.”