The Daily Northwestern • May 9, 2019 • https://dailynorthwestern.com/2019/05/09/campus/faculty-senate-notebook-faculty-members-consider-change-to-academic-freedom-definition/ 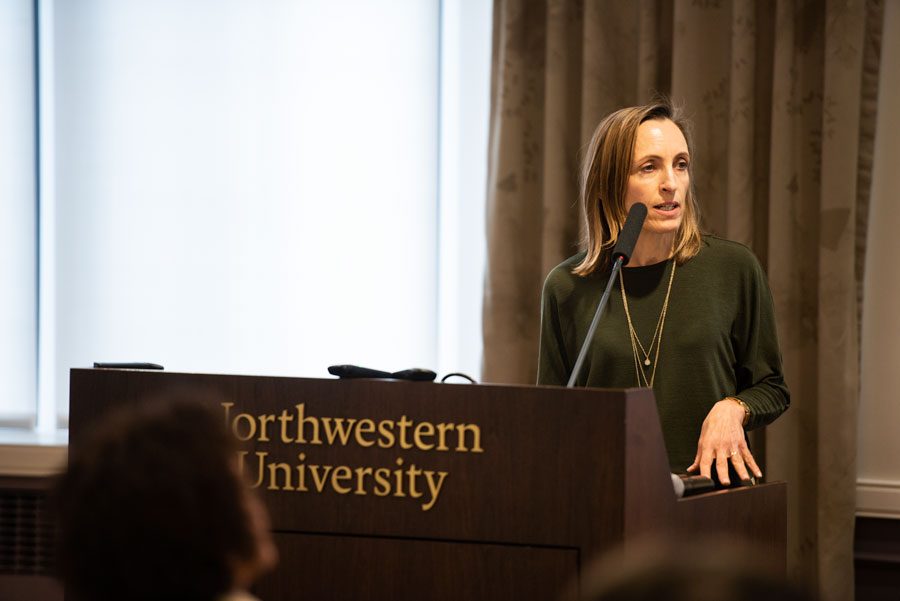 Kieckhefer said other changes have been drafted, including two new sections about best practices regarding mentoring and public engagement.

The committee is also proposing a reformatting of the handbook, splitting it into two major parts: the first would cover normal regulations of faculty affairs, while the second would deal with the special concerns that occur with disciplinary actions.

The split would encourage all faculty members to familiarize themselves with the first part, and review the second part when the need arises, Kieckhefer said.

Kieckhefer said there will be a first reading regarding these changes before the academic year.

“We view the faculty document as not only a binding legal document that does have contractual force,” Kieckhefer said, “but also to some extent an educational document meant to explain concepts to people who do not have legal background.”

Faculty Senate will hold an uncontested election for the president of the 2019-2020 academic year, current President Baron Reed announced Tuesday.

During Senate, Reed nominated Kellogg Prof. Therese McGuire as a candidate for the presidency. McGuire currently serves as the chair of the budget and planning committee. No other members were nominated during the meeting. The uncontested election will take place in June.

McGuire told the Senate she will be working to formalize discussion between faculty and central administrators regarding the budget deficit.

McGuire said she had a meeting with Provost Jonathan Holloway and Craig Johnson, the senior vice president for business and finance, in April to discuss what can be achieved with the budget and planning committee before the end of the academic school year.

During the meeting, McGuire asked if there was a way to institutionalize faculty communication with central administrators to decrease tension between the two bodies and promote cooperation. Johnson and the rest of the administrators were receptive to the idea, she said.

According to McGuire, the format of communication has not currently been decided, though quarterly meetings was proposed. McGuire said the logistics will hopefully be finalized before the start of the 2019-2020 school year.

“I let them know, it’s not just that we’re angry faculty here, and want to understand more about what you’re doing to our academic life,” McGuire said. “But that in fact, we could be a partner … so it could be mutually beneficial if we were to further the lines of communication.”

Linguistics Prof. Jennifer Cole, the chair of the faculty rights and responsibilities committee, discussed concerns her committee had regarding the Bias Incident Response Team.

Cole said her committee was concerned regarding the BIRT system because of its lack of transparency regarding its process, and that faculty should know when bias incidents occur in the classroom so they can work to improve.

Cole said she submitted questions about the procedures of BIRT, how many concerns regarding faculty were submitted, who receives information about reports regarding faculty and what records are maintained, but has yet to receive a response to these questions. She recommended the Faculty Senate keep the BIRT system in mind going forward as a concern.

“This is important, we need to know,” Cole said. “If there are grievances against faculty that relate to bias incidents, then those need to be incorporated into the procedures that are covered in the faculty handbook.”