The Daily Northwestern • May 8, 2019 • https://dailynorthwestern.com/2019/05/08/sports/rosenberg-the-big-ten-needs-to-make-its-softball-schedule-more-competitive/ 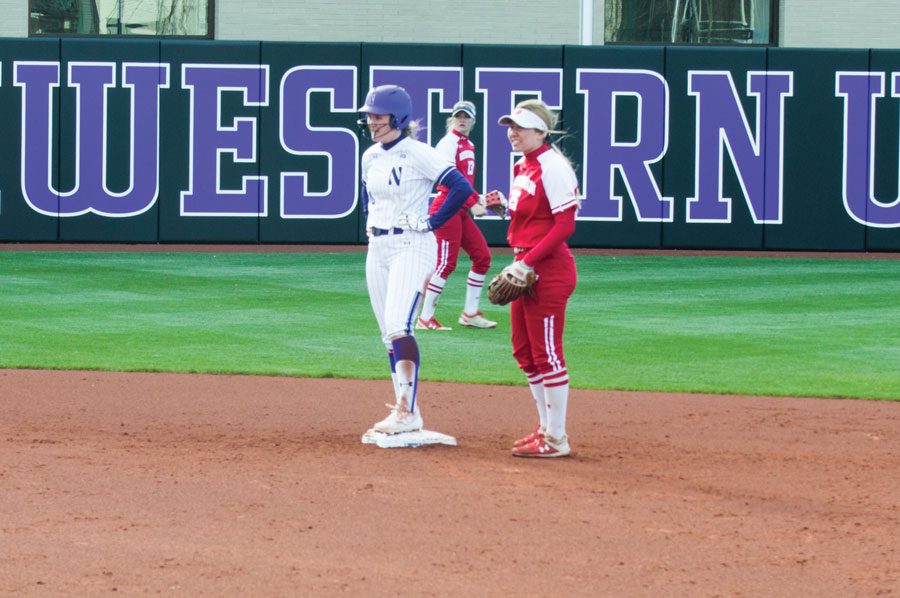 Northwestern faces Wisconsin earlier this season. The series was one of a mere handful of matchups between teams in the upper echelon of the Big Ten standings.

The Big Ten is the only Power Five conference in which every member fields a softball team.

The weather in the Midwest is often cold and wet during the late winter and early spring, limiting the number of weeks Big Ten teams can host games during the season.

These factors make creating the Big Ten schedule difficult, and the solution the conference decided on after Maryland and Rutgers joined prior to the 2015 season actually makes quite a bit of sense. Although the standings are not divided, the football divisions — East and West — are used for scheduling purposes.

The conference schedule consists of 23 games, beginning in late March and concluding the first weekend in May. These 23 games include seven three-game weekend series and one midweek doubleheader against a nearby rival (Illinois, in Northwestern’s case). Each team plays all six other divisional opponents, leaving room for two crossover series.

Given the tough factors the Big Ten has to work around, this solution is probably the best option for the conference. But if the Big Ten wants to get more national attention, it should schedule its crossover series based on the previous year’s standings.

Third-place Minnesota, meanwhile, had matchups with the Spartans and Maryland, the two worst teams in the conference and the only two programs which didn’t qualify for this week’s Big Ten Tournament.

There were hardly any marquee matchups in the crossovers. Most notably, the Wolverines avoided not only NU and Minnesota, but also Wisconsin, the third-best team in the “West Division.” Neither the Cats nor the Golden Gophers had to play Michigan or Ohio State, which finished fourth with a 17-6 conference mark.

After the Cats played the Golden Gophers to close the regular season last weekend, NU coach Kate Drohan recognized the challenges that come with creating the schedule. But she also said the environment in Minneapolis — with the nice weather and capacity crowds — is what Big Ten softball should be all about.

On that last front, Drohan is absolutely right. Two of the three games in that much-anticipated series were on national television, with Saturday’s game broadcast on ESPN. In order for the Big Ten to compete with the SEC and Pac-12 in the softball landscape, it needs to schedule more big series like that one.

Without high-profile crossover series, the Big Ten is hurting its members, who miss out on chances to earn quality wins and boost their RPI numbers, and also the conference as a whole by denying itself national exposure. A Northwestern-Rutgers matchup won’t be nationally televised, but a Northwestern-Michigan series probably will.