The Daily Northwestern • May 7, 2019 • https://dailynorthwestern.com/2019/05/07/city/scientist-shares-nutrient-therapies-for-autism-adhd-mental-disorders/ 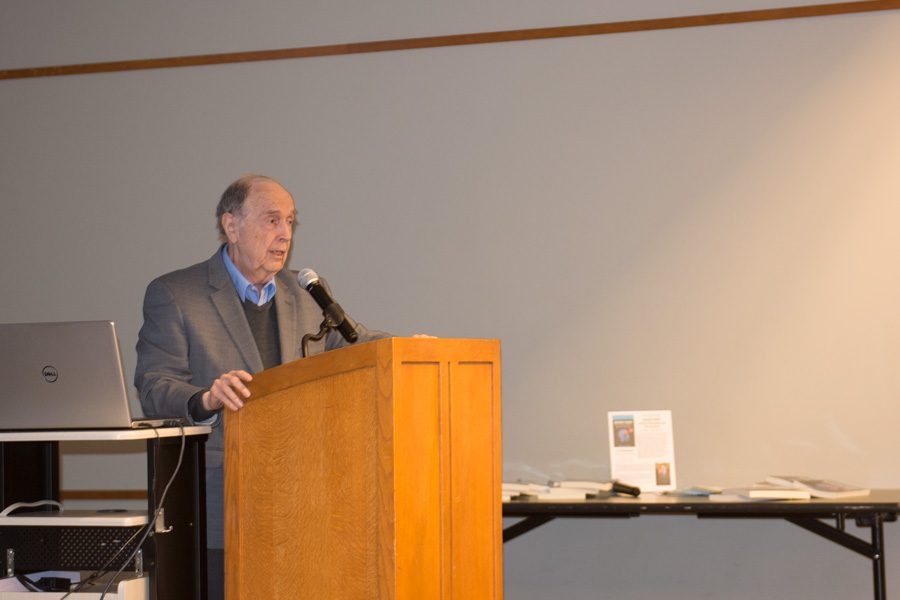 William Walsh speaks at Evanston Public Library. Walsh is the president of the non-profit Walsh Research Institute and author of “Nutrient Power.”

The lecture, which was organized by the Chicago Ethical Humanist Circle, outlined how deficiencies and overloads of key nutrients impact mental disorders such as autism, depression and schizophrenia, as well as behavior disorders such as ADHD.

Walsh, who has been studying brain disorders for over 30 years, said he was inspired to study brain chemistry differences after volunteering with an ex-offender program at the Stateville Correctional Center in Crest Hill, Ill.

“I was really surprised to find out that some of these people who had done really horrible things came from wonderful families — families where the mother and father and brothers and sisters turned out just fine, and yet this one child is different,” Walsh said.

Since then, Walsh has analyzed the biochemical profiles of over 30,000 individuals to confirm that there are “striking chemistry differences between mental health populations and the rest of society.”

Walsh said he identified nutrient imbalances as the mechanism behind most common mental disorders.

“I like to ask the question: ‘Where do neurotransmitters come from?’” Walsh said. “The answer is they come from nutrients. The raw materials, the ingredients are amino acids, vitamins and minerals.”

Walsh said seven key nutrient imbalances are implicated in mental disorders. These imbalances can affect neurotransmitter synthesis and regulation, gene expression and protection against oxidative stress, which plays a role in the aging process.

A striking example of this is pyrrole disorder, a condition caused by a severe deficiency of vitamin B-6 and zinc. Pyrrole disorder can lead to anxiety, depression and rage, Walsh said, and is one of the three leading biotypes of schizophrenia. Despite its severity, he said pyrrole disorder is his “favorite imbalance” because it is easily treatable with nutrient therapy.

“We used to almost cheer when we would have a patient come in with pyrrole disorder, because we knew they were likely to get better really quickly,” Walsh said.

Walsh said the brain chemistry of sociopaths is so unique that he was once able to help the FBI identify a serial killer in a lineup based on the chemical analysis of a single strand of hair.

Marne Glaser, a member of the Chicago Ethical Humanist Circle, said she learned about Walsh’s research in mental disorders and thought that his work was important to share.

“I have had friends who have had mental disorders, and I watched them taking (psychiatric medications), and I know they have to have something to get them normalized, but the impact of those drugs is just terrible,” Glaser said. “I feel like there has to be another way.”

Walsh said the treatment of nutrient imbalances is sufficient for 90 percent of mental disorder patients, and that psychiatric medications may become obsolete as science advances.

A 2008 study in Nutrition Journal identified nutritional supplements as an alternative treatment for mental disorders, though it said further research is needed to determine recommended doses and the efficacy of supplements.