The Daily Northwestern • May 6, 2019 • https://dailynorthwestern.com/2019/05/06/sports/cross-country-wildcats-take-fifth-at-the-niu-huskie-classic/ 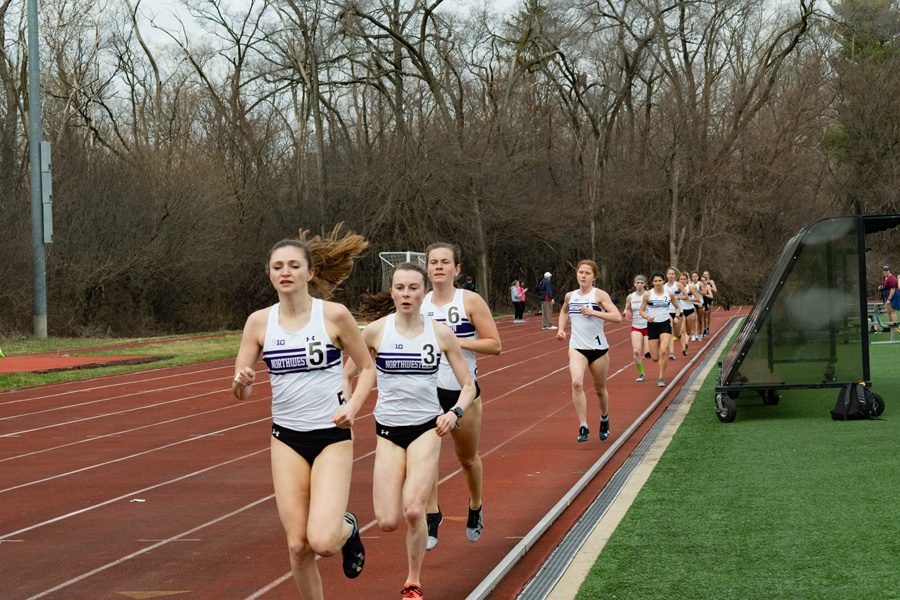 Northwestern placed fifth of seven with a total of 22 points at the Northern Illinois University Huskie Classic on Friday, thanks to solid runs from junior Kelly O’Brien and freshman Olivia Verbeke.

O’Brien — the only Wildcat returning to the Huskie Classic — won the 1,500-meter race with a time of 4:27.84, beating the second-place finisher by nearly two seconds and earning 10 points for NU. After winning the event at last year’s meet, O’Brien managed to shave more than five seconds off her finish this time around.

She is on pace to qualify for NCAA Regionals later this month, coach ‘A Havahla Haynes said after the Bryan Clay Invitational, where the junior ran her season-best 1,500 at 4:25.59.

Verbeke, however, placed second overall in the 800-meter race, winning eight points for the Cats with a time of 2:20.64. Sophomore Mackenzie Wilson followed, finishing in 2:40.36 to score the remaining four points for NU.

Though the Cats will finish off the regular outdoor track season at the Oxy Invite in Los Angeles on Saturday, some runners may qualify for the NCAA Regionals at the end of this month.