The Daily Northwestern • May 6, 2019 • https://dailynorthwestern.com/2019/05/06/lateststories/royalty-on-the-way-wildcat-meghan-markle-goes-into-labor-with-first-child/ 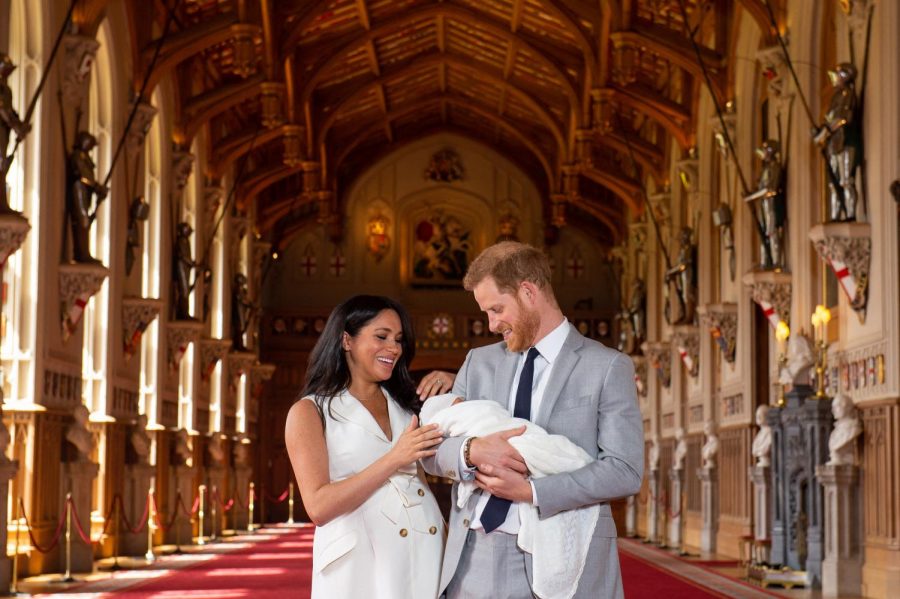 The Duke and Duchess of Sussex with their baby son, who was born on Monday morning, during a photocall in St George's Hall at Windsor Castle in Berkshire, UK.

The 37-year-old Duchess of Sussex delivered her 7 pound, 3 ounce son Archie Harrison at 5:26 a.m. local time, the Palace said. Early Monday, British media erupted as reports surfaced the Northwestern alumna went into labor with her husband by her side.

We are pleased to announce that Their Royal Highnesses The Duke and Duchess of Sussex welcomed their firstborn child in the early morning on May 6th, 2019. Their Royal Highnesses’ son weighs 7lbs. 3oz. The Duchess and baby are both healthy and well, and the couple thank members of the public for their shared excitement and support during this very special time in their lives. More details will be shared in the forthcoming days.

The infant, who’s the first interracial child in the monarchy’s recent history, will be seventh in line to the British throne behind Prince Charles, Prince William and his three children and Prince Harry.

The three will make their debut Wednesday when photos are expected to be released, he said, and though they’ve had time to consider names since the baby was overdue, haven’t settled on one just yet.

“This little thing is absolutely to die for, so I’m just over the moon,” the new father said. “It’s been the most amazing experience I could ever possibly imagine. How any woman does what they do is beyond comprehension but we’re both absolutely thrilled and so grateful to all the lovely support.”

During her pregnancy, Markle (Communication ’03) and her husband chose not to reveal the baby’s due date. Late last month, the former “Suits” actress’ mother Doria Ragland arrived in the UK, sparking media speculation the date was approaching.

The newborn bundle of joy will be eligible for dual British-U.S. citizenship.

Though some of Britain’s betting organizations halted bets on the royal child’s name this weekend, Ivy was widely the runaway favorite — with Alice, Diana, Victoria and Elizabeth close behind as many believed the child would be a girl. Though the Northwestern alumna and Harry didn’t announce a name Monday, Arthur, Philip, Albert and James were top predictions.

With the royal couple’s first wedding anniversary fast approaching on May 19, the news caps off a busy year across the pond for the two.

“The Duchess’s mother, Doria Ragland, who is overjoyed by the arrival of her first grandchild, is with Their Royal Highnesses at Frogmore Cottage,” a Palace release said. “Her Royal Highness and the baby are both doing well.”

Her Royal Highness The Duchess of Sussex was safely delivered of a son at 0526hrs.
The baby weighs 7lbs 3oz and The Duke of Sussex was present for the birth.
Read the full announcement here: https://t.co/RCUFjQG8pe

The newborn boy won’t automatically be a prince, but that didn’t stop famous faces and international leaders from taking to social media to congratulate the two on their new addition to the family.

“Congratulations, Meghan and Harry,” former First Lady Michelle Obama tweeted. “Barack and I are so thrilled for both of you and can’t wait to meet him.”

This story will be updated throughout the day as developments occur.