The Daily Northwestern • May 6, 2019 • https://dailynorthwestern.com/2019/05/06/campus/northwestern-university-of-illinois-launch-database-of-twins-for-research/

Northwestern, University of Illinois launch database of twins for research 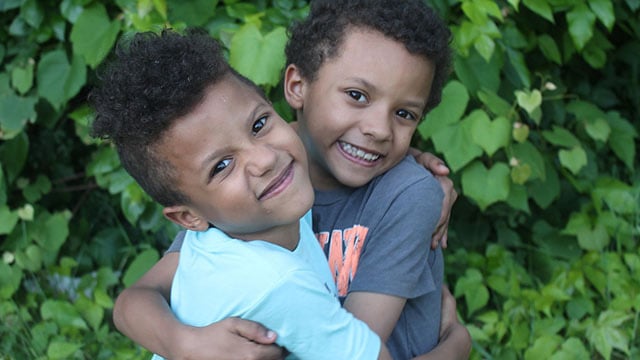 Two twins. With the Illinois Twins Project, researchers will now have a database from which to find twins and multiples to study.

A team of researchers from Northwestern and University of at Illinois Urbana-Champaign have launched the Illinois Twin Project, a statewide database that archives twins and other multiples for genetic and psychological research purposes, according to a Monday University release.

The researchers involved in the partnership previously worked on the Texas Twin Project, which has allowed for interdisciplinary studies into a range of areas through the study of twins, from early childhood development to peer relationships.

“Twin studies can offer insights into the complex influences of genetics, shared family environment and non-shared environment on things like personality traits, relationship patterns, academic outcomes and other psychological constructs,” Jennifer Tackett, co-principal investigator of the project and a director of clinical psychology at Northwestern, said in the release.

Unlimited numbers of Illinois parents of twins and multiples can register their children, from newborns to age 17, into the database if they are interested in allowing ITP to conduct future research on their children. Parents can enter their children into various studies, each of which is decided based on eligibility and consent on a case-by-case basis.

“The implications of the project are as varied as the questions that might be asked,” Tackett said. “This will be a highly useful scientific resource for researchers interested in questions related to the complex interplay of factors leading to many consequential human outcomes.”