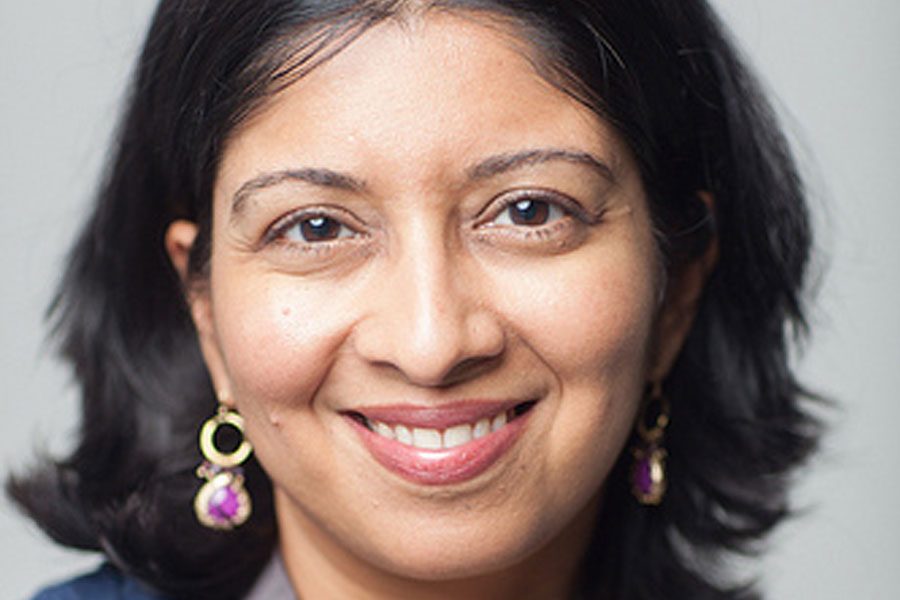 Prof. Shalini Shankar. Shankar said Generation Z kids — who are born after 1996 — are shaping society in many ways.

Generation Z kids are more likely to be independent and pre-professional at younger ages, according to a new book by Anthropology Prof. Shalini Shankar. Many of them are also taking part in competitions like spelling bees.

Shankar said Generation Z kids — who are born after 1996 — are shaping society in many ways. It is the most diverse generation in the country’s history, and has the highest number of children of immigrants of any generation.

“Bee kids are the bellwethers of Gen Z kids,” Shankar said, according to a news release. “Gen Z kids are learning to thrive in a highly competitive world, with great access to the internet and digital tools, and higher expectations of professionalism at a much younger age.”

She attended 20 different spelling bees, including the Scripps National Spelling Bee, which is televised each year. Across the country, more than 11 million students participate in local spelling bees, the release said, of which more than 500 kids, aged 6 to 15, take part in the national competition.

In doing her research, Shankar discovered that South Asian-American parents, in particular, have enrolled their children in the spelling bee. Balu Natarajan (Weinberg ’92, ’96 MD, ’99 GME), who won the Scripps National Spelling Bee in 1985, was the first child of immigrants to win, according to the release. The last 11 trophies have gone to Indian-American winners.

His son, Atman, will be competing in Scripps National Spelling Bee for the second time this May.

Shankar said that Gen Z children are being parented using the “stealth fighter parenting” method, a term which was coined by Neil Howe, a generational demographer. He characterizes this type of parenting as a departure from the Baby Boomers’ practice of “helicopter parenting” of their Gen X children. These parents give their children more independence and interfere only in quick, focused moments.

For spelling bee kids, this means their parents “prioritize competition and preparing for it above their own leisure, and this really sets them apart from parents who advocate for a work-play balance for their children,” Shankar said.