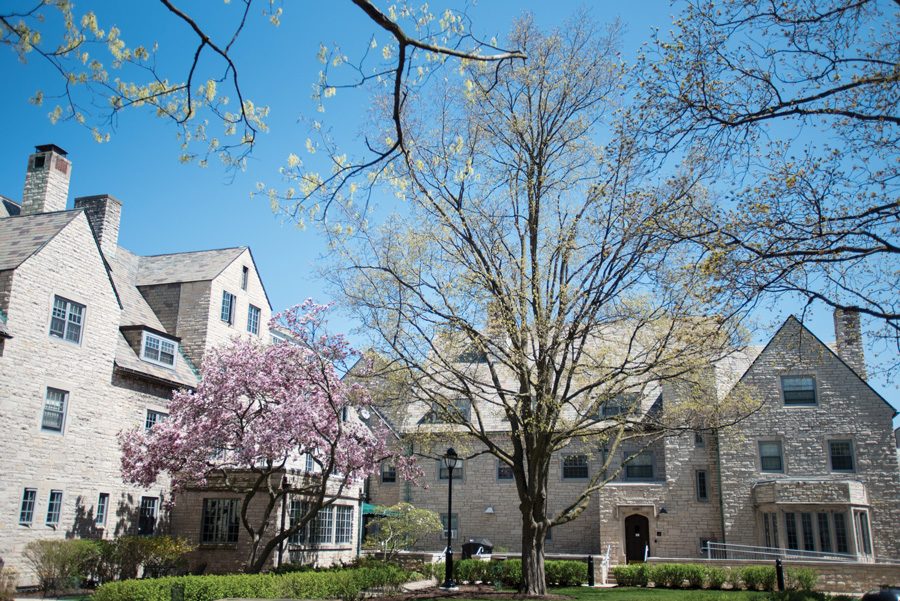 Fraternity houses on college campuses host a barrage of underage drinking events each weekend. Dark, dingy basements of fraternity houses are the setting for copious amounts of alcohol being served by brothers. Sorority houses, by contrast, do not host such events. They are meant to uphold an image of purity and to appear upstanding. They are restricted from allocating funds to alcohol, consuming alcohol in an on-campus sorority house or hosting an event with alcohol in the house. This raises certain questions: Why are sororities subjected to a vastly different set of standards than fraternities? Why are institutions willing to turn a blind eye to the illicit activities of fraternities yet punish sororities for acting in an identical manner?

The rules set forth by sororities and fraternities and the level to which these rules are adhered to should not differ on the basis of gender. For instance, in 2012, Delta Delta Delta at University of Virginia was placed on probation for possession of a keg — not even with the intent of hosting a party, but rather for casual drinking within the house. Transporting a keg into a fraternity house, however, is not an admonished activity — it’s commonplace.

Besides the fact that subjecting fraternities and sororities to different rules is blatantly unfair, giving fraternities this privilege while not allowing the same privilege to sororities means that men are given control over the social scene and women are restricted from increasing their personal safety and autonomy by hosting their own events.

Underage drinking on college campuses is inevitable. Therefore, females are inadvertently dependent on males to attend parties that serve alcoholic beverages since hosting at a sorority house is not a plausible option. By forcing sororities to distance themselves as institutions from alcohol, a power dynamic emerges with females in the inferior position. There will always be females who desire to go out and drink, and with the current regulations set forth by the National Panhellenic Conference, women are indebted to fraternities to do so.

Arguably, sorority parties may present less danger than the stereotypical fraternity party. In the case of a fraternity party, women enter the space with no definitive idea of everyone who will be there or their intentions. The host of the party is able to control the individuals who enter, and so fraternities are in the position of power.

With sororities as hosts, however, this means that select men who have made members of the chapter feel either uncomfortable or violated can be easily banned from attending, increasing the sense of safety for partygoers as a whole. Though females are also capable of inducing discomfort in men and sexual assault, women are at a greater risk.

According to the National Institute of Justice, belonging to a sorority is a risk factor for sexual assault — 25 percent of sexual assault survivors surveyed belonged to a sorority. The risk presented is real, and whether or not you agree with the concept of Greek organizations, women do not deserve to be subjected to such amplified dangers simply for belonging to these. Men can belong to fraternities without facing an increased risk of assault and the same should hold true for women.

While sexual assault and the multitude of other risks attached to parties no doubt remain, females would gain more control over who will be present in order to protect themselves and their friends.

Another benefit of sororities serving as hosts is that the alcohol served can be better regulated. Every female has heard the many horror stories of fraternities spiking a woman’s drink and taking advantage of her. And these stories are rightfully repeated as warnings, given that women are 56 percent more likely than men to have drinks or food spiked by a stranger, according to Alcohol.org, an American Addiction Centers subsidiary. And, 46 percent of women reported having drinks spiked at a house party. If sororities host and women are behind the bar pouring drinks, they can greatly reduce the chance that a woman finds herself in such a situation.

Granted, sororities still may opt to not host parties given the immense responsibility for others and resulting mess. However, I believe that at the very least, sororities need to be given the option, because enforcing significantly more stringent standards regarding alcohol on females is sexist. If standards are to be relaxed for fraternities surrounding alcohol and party culture, then sororities deserve that same privilege.

Kathryn Augustine is a Medill first-year. She can be contacted at [email protected] If you would like to respond publicly to this column, send a Letter to the Editor to [email protected]lynorthwestern.com. The views expressed in this piece do not necessarily reflect the views of all staff members of The Daily Northwestern.