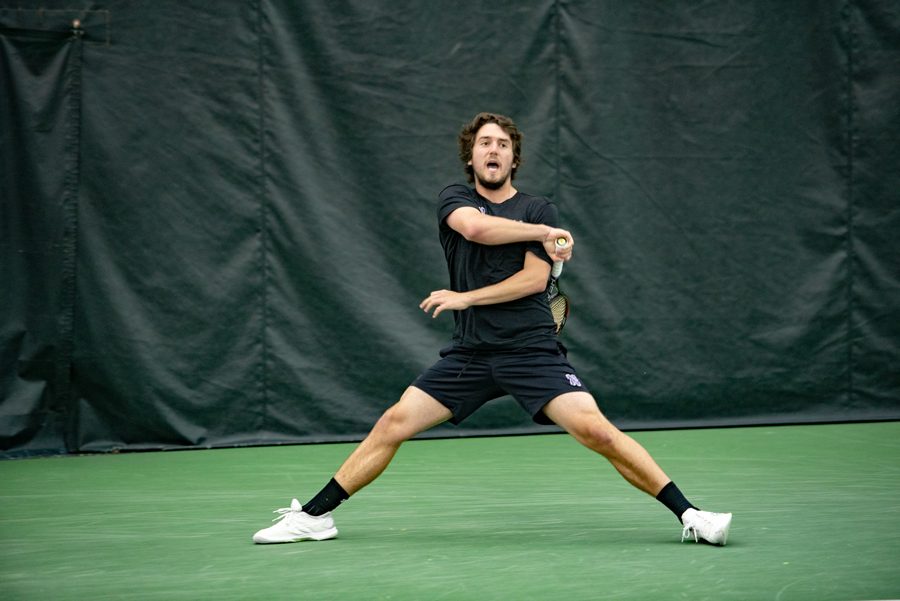 Antonioni Fasano follows through. The sophomore and the Wildcats will take on Purdue in the Big Ten Tournament on Thursday.

After an up-and-down regular season, Northwestern is ready for postseason play.

The Cats rebounded from an 0-4 start to the season to finish above .500. They were an impressive 9-4 at home, compared with the exact inverse, 4-9, on the road. NU defeated the Boilermakers 5-2 in Evanston on Feb. 10, with sophomores Nick Brookes and Antonioni Fasano and freshmen Simen Bratholm and Trice Pickens all winning in singles play.

The Cats missed the NCAA Tournament last season for the first time since 2011, and will most likely have to win the Big Ten Tournament in order to avoid missing out again this year.

Although they finished in the middle of the conference standings, the future appears bright for the Cats. NU’s singles lineup includes only one senior — Jason Seidman, who plays the No. 6 spot. The top five slots include two juniors, two freshmen and a sophomore, headlined by junior Dominik Stary at No. 1 and Fasano at No. 2.