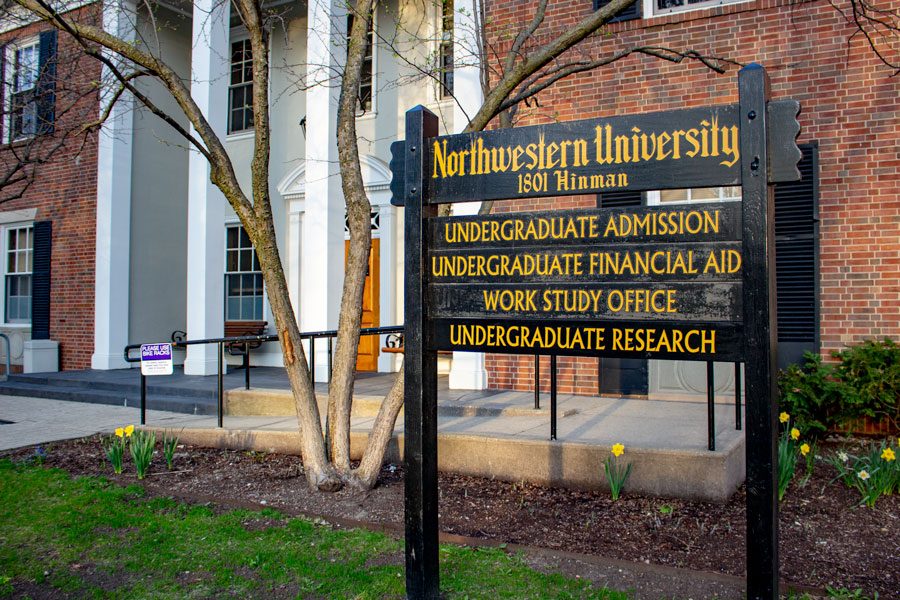 In recent years, Northwestern has made low-income admissions a priority, creating and achieving its “20 by 2020” Pell-eligible initiative to have a minimum of 20 percent of incoming classes be made up of Pell-eligible students.

Education Reform Now, a national education advocacy organization, believes that while Northwestern has certainly made strides, more can be done to make the University more fair and affordable for low-income and working-class students.

“The rise of Pell grant student enrollment at Northwestern is something to be celebrated,” Michael Dannenberg, the organization’s director of strategic initiatives for policy, told The Daily. “But we also have to recognize that a meaningful commitment to diversity, with respect to the student body, involves not just enrolling more Pell grant-eligible students, but also doing away with a lot of policies that may not make admissions to the University as fair as it could be for middle-class, working-class, low-income students.”

Education Reform Now suggests highly-selective private schools like Northwestern reform its admissions. Dannenberg said he would advocate for the University to reform its early decision process and end legacy preference in admissions.

Northwestern admits approximately half of its incoming classes through early decision, which leaves middle-class and working-class students and families “overwhelmingly disadvantaged,” Dannenberg said. Early decisions creates a paradox for those students — applying early vastly improves one’s chance of acceptance while also forcing students to commit to the financial aid package they receive instead of being able to view other offers from other schools.

Even worse than early decision, Dannenberg said, is legacy admissions. The lack of public information about how many legacy students Northwestern admits concerns him, and his organization would advocate for doing away with considering legacy status altogether.

Quest+ co-president LaTesha Harris agreed that both early decision and legacy admissions are harmful to first-generation, low-income students. By considering if a student’s parent went to Northwestern, legacy admissions unfairly privileges those with connections to the University, the Medill senior said.

“Legacy admissions (are) definitely a huge barrier to students who don’t have the resources that some students do,” Harris said. “They know what college is and they know what classes are and have connections at different places.”

To reform some of these inequities, Education Reform Now is urging both the U.S. Congress and the Illinois state legislature to pass the Access, Success and Persistence in Reshaping Education Act. The ASPIRE Act, introduced in the Senate in 2017 by a bipartisan coalition of Sen. Chris Coons (D – Del.) and Sen. Johnny Isakson (R – Ga.), would penalize colleges whose enrollment of Pell-eligible students remains in the bottom 5 percent of colleges.

While Dannenberg said Northwestern’s improved efforts in increasing low-income enrollment would mean the ASPIRE Act, which has not been passed and is not expected to receive attention until after the 2020 election, would not initially affect it, Education Reform Now is also urging universities to become more affordable for students whose families earn less than $30,000 per year.

Northwestern’s average aid package for those families is $65,080, according to the undergraduate admissions’ website. When subtracted from the total cost of tuition, room and board and fees at 2018-2019 rates, those families are still left to pay around $6113. Dannenberg said that figure is significantly higher than many peer institutions, including Harvard University, Duke University and the University of Chicago.

Though the bill seems to be stalled federally, Katlyn Riggins, a policy research analyst at Education Reform Now, said it could be used as a model for Illinois state legislatures to pick up and address problems of inequity. However, Illinois is lagging behind Congress.

“I would say (the state bill’s) even more in the beginning phases,” Riggins said. “This has just been introduced on the state legislator’s side.”

In the meantime, Dannenberg said Northwestern students and alumni have real power to influence the University’s decision-making on access and affordability for low-income students. At the University of Virginia, a student-led campaign of petitions and contacting donors, state legislators and local school districts successfully led administrators in Charlottesville to heighten their commitment to financial aid.

Dannenberg said the UVA model could be applied at Northwestern.

“Students have mobilized successfully to get their institutions to make a greater commitment to student financial aid and low-income student enrollment,” he said. “That’s the kind of thing that one could imagine folks at schools like Northwestern or the University of Chicago pursuing as well.”