Students get in on ‘Game of Thrones’ hype from abroad 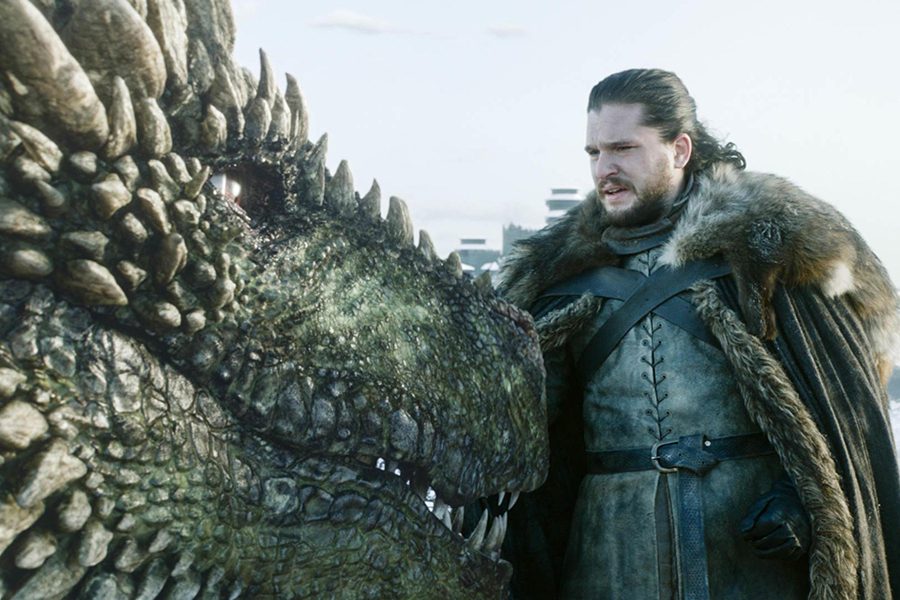 “Game of Thrones” returned to HBO on April 14 after an 18-and-a-half-month hiatus, with the Season 8 premiere racking up an estimated 17.4 million viewers across the globe, crowning it the most watched scripted show of 2019.

At precisely 8 p.m. on Sundays, the Northwestern campus holds it breath. Forgoing the typical nighttime coffee shop grind, students instead huddle around MacBooks and flat screen TVs preparing to dive into the world of dragons and undead soldiers that is “Game of Thrones.”

The series returned to HBO on April 14 after an 18-and-a-half-month hiatus, with the Season 8 premiere racking up an estimated 17.4 million viewers across the globe, crowning it the most watched scripted show of 2019. The show is adapted from a series of fantasy novels by Northwestern alum George R.R. Martin (Medill ’70, ’71).

The caveat is HBO, like other U.S.-based streaming services such as Hulu, does not operate outside of the United States — leading overseas fans, namely study abroad students, to get resourceful. The pressure is on to find ways to stay updated on the weekly happenings in Westeros.

Insert solution one: the VPN, short for “virtual private network.” Julian Koh, the associate director for Northwestern’s Telecommunications and Network Services, said a VPN creates an encrypted digital tunnel through which users can redirect internet connections. Koh was the original engineer that rolled out the University’s specialized VPN in the early 2000s.

Students abroad value the network because it directs a device’s internet traffic to servers located on the Evanston campus before sending signals to the web. Streaming sites are fooled into thinking the device is located in the U.S., not overseas, making “Game of Thrones” is accessible. The development allows hundreds of Wildcats to scheme their way into watching the plight of the Lannisters just like their stateside peers.

Jakob Sanchez, a McCormick junior studying in Wellington, New Zealand, is hopping on that bandwagon. Despite the “immerse yourself in culture” trope of abroad students, blocking out an hour every week for “Game of Thrones” was a given for Sanchez.

“It’s cinematically breathtaking, and I’m invested in the ending,” he said.

The VPN was intended to help students, faculty and staff access restricted online services that are only available on the University’s campus. Many colleges across the U.S., especially larger schools, have similar versions. Though not necessarily intended to aid students in binge-watching, university VPNs are handy resources.

In fact, VPN use is so commonplace for abroad students that it’s become a verb. Sam Wischnewsky, a Williams College junior studying in Budapest, made plans to “VPN into the U.S.” at 4 a.m. Hungary-time to watch the “Game of Thrones” premiere.

But still other measures remain. A VPN is not the be-all and end-all of resourceful streaming.

Claudia Garin, a Weinberg junior fulfilling her global health program study abroad requirement in Stellenbosch, South Africa, was sent a link to M-Net by one of her professors there. Around since the 1980s, the subscription-based channel broadcasts everything from “NCIS” to “Riverdale” to, naturally, “Game of Thrones.” It uses licensing agreements with different network providers to bring popular series to South Africa.

Sky Atlantic and Now TV are British versions of M-Net, while OCS does the same in France. For a little extra cash, American TV is available virtually anywhere across the globe.

For Garin, who called herself a loyal fan of “Thrones,” it’s worth it. The show is “super popular” in Stellenbosch, she added, and she will not be alone when waking up at 3 a.m. every Monday to watch new episodes.

“It’s the only show that I’ve been able to watch consistently for several years,” she said. “You never really know what’s going to happen.”

With the series concluding on May 19, only time will tell. One fact is certain: Sanchez, Wischnewsky and Garin will all be tuned in.