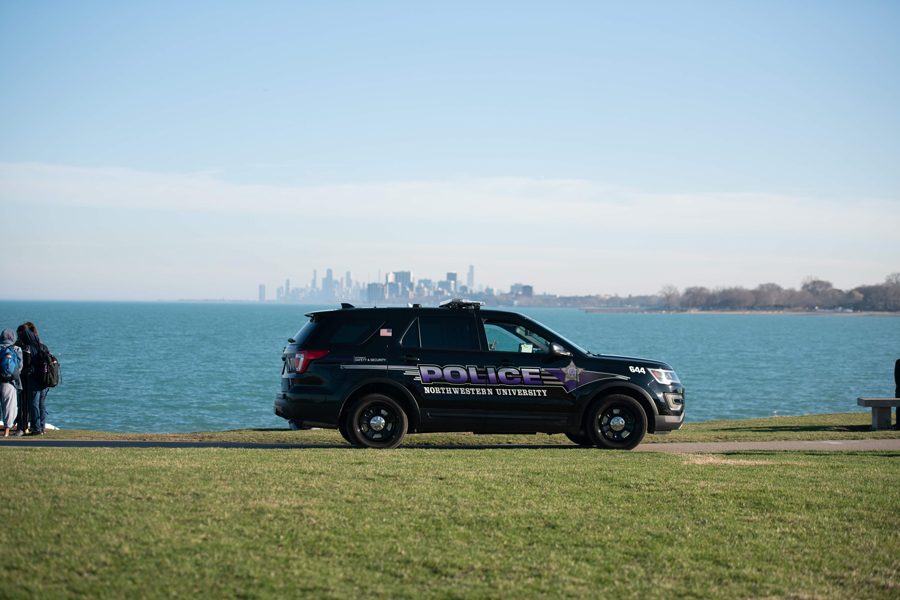 A University Police vehicle. UP is investigating a robbery on the Chicago campus.

Police are investigating a robbery on Northwestern’s Chicago campus reported to have taken place Sunday morning, according to a Northwestern crime alert.

The incident, which took place in the 300 block of East Erie Street, was described to both the Chicago and Northwestern police departments. Witnesses said a man departed a nearby silver four-door Chevrolet at about 9 a.m. before approaching a person on the street and forcibly removing their cell phone without the use of a weapon. The man then returned to the silver Chevrolet, before fleeing the scene eastbound on Erie Street.

The person was not injured and declined medical assistance. Witnesses described the man as approximately 20 years old, wearing a black hooded jacket with dark jeans and Nike shoes with red soles.

Responding officers have not located the man or the vehicle. Chicago police are leading the investigation by reviewing the cameras at the scene of the crime.

The robbery follows a series of strong-arm robberies, which occurred March 12 on the Chicago campus. One of the robberies from last month involved two men exiting a similarly-described silver sedan before punching a Pritzker School of Law student in the face and stealing his iPad.

There was another series of robberies at the Chicago campus in October 2017, which resulted in increased security measures. At the time, UP chief Bruce Lewis attributed the crime spike to an overall increase of crime off campus in the general vicinity of Chicago.

The 18th Ward of Chicago, which includes Northwestern’s Chicago campus, has reported 112 robbery complaints in 2019 to date. This is an increase of 87 percent from the 60 reported by this time in 2015.