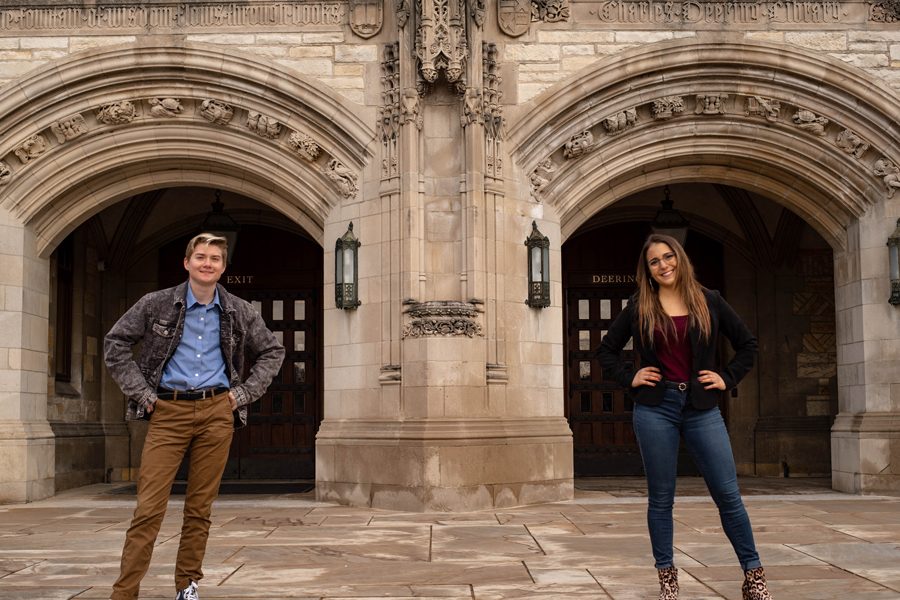 SESP juniors Izzy Dobbel and Adam Davies won the ASG presidential election with about 75 percent of the vote, though only 852 students voted, a 10-year low.

The pair garnered about 75 percent of the vote, election commissioner Margot Bartol told The Daily. Approximately 25 percent of voters voted no confidence, about 2 percentage points more than in the last uncontested presidential election two years ago.

“I didn’t vote because I don’t know what ASG is exactly doing and I don’t feel comfortable voting for something that I don’t really know,” said Weinberg freshman David Sten. “To be honest, I didn’t even know elections were going on.”

Davies attributed the lack of turnout at least partially to student disillusionment with ASG as an institution, which they cited as a reason why they left ASG their sophomore year. Davies explained that it has been difficult for students with marginalized voices to feel represented within ASG, though changing that perception will be a major focus for the pair going forward.

Dobbel said turnout was likely lower because the election was uncontested, which created a feeling that the stakes were lower since the outcome of the election was already largely determined. A second campaign would have also raised the number of people working to engage students, Dobbel added.

“If we had 10 people talking to folks over two days, we’re able to reach about 852 people,” Dobbel said. “If there was two campaigns, that would already be larger because it’s just more interactions and a larger team of people.”

Dobbel and Davies ran a campaign focused on increasing “justice” for marginalized students, mainly through their three campaign pillars of academics, community and health.

The pair’s short-term goals include the implementation of “mental health sick days,” in which students would be able to miss a certain number of classes throughout the quarter and receive excused absences, no questions asked.

They also plan to work with New Student and Family Programs to create a mentorship program that connects new students with older peers in their major, and a survey that connects students with groups around campus based on student interests and identities.

Major long term-goals include the allocation of spaces to various groups, such as those that are identity-based, around campus and the creation of a University-recognized “student hiring and firing committee” that could make recommendations regarding faculty. The committee is mainly a response to the University’s refusal to dismiss visiting scholar Satoshi Kanazawa, whose past work has promoted racist and sexist views.

Dobbel is the former vice president for A-status finances and Davies is the current secretary for Men Against Rape and Sexual Assault. The pair will be sworn in Wednesday during ASG’s Senate meeting following a two-week transition period.

“I’m really excited,” Davies said, discussing the pair’s win. “I think this is a really big step for Northwestern. Thinking about the experiences that Izzy and I have and us holding this position on campus means that we can really work to empower students on Northwestern’s campus to continue to fight for the justice that they need.”