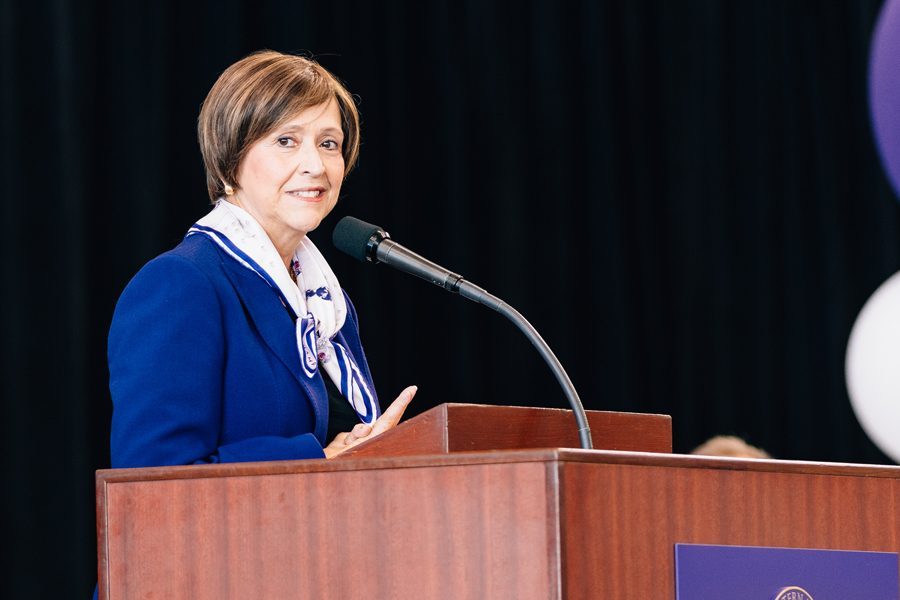 Patricia Telles-Irvin, the University’s vice president for student affairs, condemned recent incidents that she said “involve repugnant symbols of hate and intolerance” in an email to students Friday morning.

The email comes just days after Associated Student Government passed an emergency resolution calling on the University to publicly denounce the incidents and acknowledge its “failure to adequately address them, as well as its failure to support Black students.”

The message from Telles-Irvin, also posted as an unsigned statement on the Northwestern website, stops short of admitting insufficient action, but says it takes seriously “concerns that more must be done to make all members of this community feel safe and informed.” It also said administrators take “pride” in the response from community members.

The discovery of a rope fashioned into a noose found at Henry Crown Sports Pavilion last month and the discovery of a sticker sporting the white supremacist slogan “It’s okay to be white” in Allison Dining Hall earlier this month are being investigated by University Police.

A student reported that she left a rope she was using for a class project in the sports complex, Telles-Irvin said, adding that a still unknown person fashioned it into a noose.

Police have reviewed surveillance footage in both buildings, Telles-Irvin wrote, but have not yet found any evidence of perpetrators. Police have been “unable to corroborate the reports made through social media” of the presence of the “It’s okay to be white” sticker, she added, but searched the campus and found no other stickers.

Students have in recent weeks urged administrators to be more transparent with the investigations and come out more strongly against the racist incidents. On Friday, Telles-Irvin asked the community to come forward with information about the incidents.

“Acts of hate, whether premeditated or not, will not go unchallenged at Northwestern University,” Telles-Irvin wrote. “Those who choose to be a part of the Northwestern community are expected to abide by a code of conduct that does not tolerate such acts.”