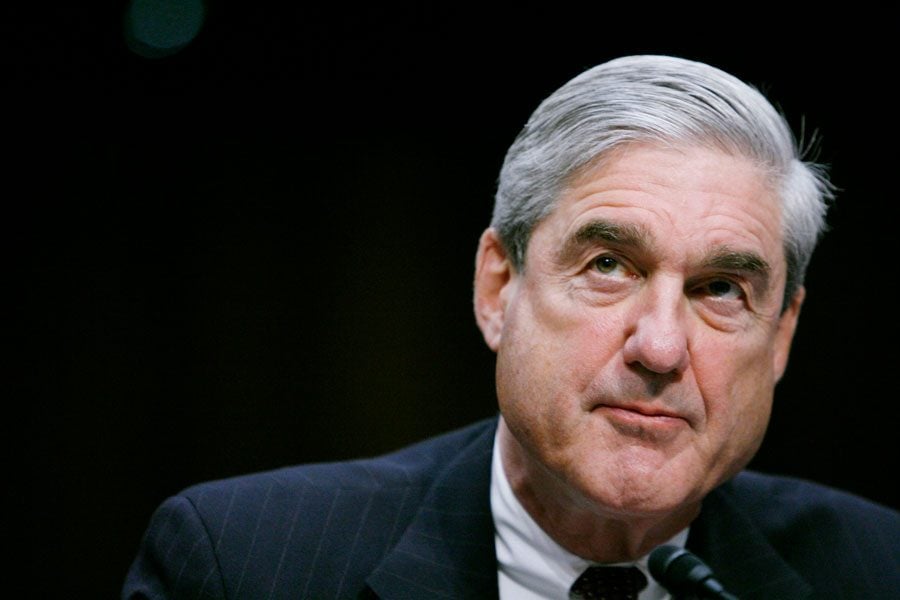 Robert Mueller. A redacted version of the special counsel’s report was released after nearly two years of investigation.

Barr said the report offers no evidence of collusion and does not find sufficient evidence regarding obstruction of justice. Mueller’s team examined 10 actions by the president to determine if Trump had obstructed justice, but ultimately did not reach a conclusion.

In addressing that evidence, Barr emphasized a political context of “unprecedented” scrutiny, saying Trump’s actions were fueled by a “sincere belief that the investigation was undermining his presidency, propelled by his political opponents.”

“He said there’s no corrupt intent because Trump felt himself justified because his administration was being attacked right from the beginning,” Redish said. “If a student of mine wrote that on an exam, I would flunk him. The Attorney General was confusing motive and intent. The obstruction of justice statute is about corrupt intent, meaning the intent to disrupt or interfere. Your motive is irrelevant.”

As Trump and Barr claim the report vindicates the President of any criminal act while top Democrats call for Congressional testimony from the special counsel’s office, Redish and Pritzker Prof. Juliet Sorensen both argued the report presents evidence that the president obstructed justice and provides grounds for possible impeachment.

Redish said impeachment is both legally and historically on the table.

“If you look at the two presidents who’ve been impeached, Andrew Johnson and Bill Clinton, and Richard Nixon near-impeached, I would consider this behavior by the president that was documented in detail to be much more worthy of impeachment than any of those three,” Redish said.

Though many, including the president, focused on alleged collusion in the run-up to the release, Mueller explained in the introduction of the report that his team did not deal with collusion — which is not mentioned in the federal legal code and is therefore not a felony, Sorensen said — and instead focused on conspiracy, in addition to obstruction of justice.

Both professors agreed the obstruction of justice evidence is the most damning and has the most potential to pass the “high crimes and misdemeanors” standard for impeachment.

The report details attempts by the president to influence the Mueller investigation, especially through attempting to persuade former attorney general Jeff Sessions to reverse his recusal from the Russia probe. But Sorensen believes the [resident’s 2017 request for then-FBI director James Comey to “let (then-national security advisor Michael) Flynn go”, according to the report, and his subsequent firing of Comey are the most incriminating instances of obstruction.

Flynn was investigated by the special counsel’s office regarding conversations with Russian diplomats before Trump’s inauguration and after being caught giving false testimony about those meetings, he agreed to plead guilty to lying to federal investigators.

“The efforts around Comey relate very specifically to the case against Michael Flynn, and for that reason, that it is easier to point to intent to obstruct a clearly defined criminal investigation,” Sorensen said.

The report stops short of accusing the president of obstruction of justice because Mueller did not want to accuse someone he could not indict, Redish said. A Justice Department opinion maintains a sitting president cannot be indicted. The report also lacked direct testimony — Trump declined to be interviewed and the White House only provided written answers to special counsel questions, which the report deemed insufficient.

Mueller concluded there was neither enough evidence to exonerate nor charge the president. On collusion, the report said there is not enough evidence to suggest Trump committed any crimes. On obstruction of justice, while no indictments were issued, the report is clear in recounting the efforts the President took to stop the special counsel and engage in obstruction.

“Our investigation found multiple acts by the president that were capable of exerting undue influence over law enforcement investigations, including the Russian-interference and obstruction investigations,” the report says. “The president’s efforts to influence the investigation were mostly unsuccessful, but that is largely because the persons who surrounded the President declined to carry out orders or accede to his requests.”

In not providing a recommendation, Mueller kicked the can down Pennsylvania Ave. to Congress, who have the power to determine the next steps in the investigation. House Judiciary Chairman Jerry Nadler (D-N.Y.) has already asked Mueller to testify before his committee, citing Barr’s untrustworthiness as a spokesman for the report.

House Democrats will have to decide how far they want to further investigate. Several members of the caucus have advocated for impeachment, though Speaker Nancy Pelosi (D-N.Y.) has said the endeavor would not be worth it.

The details of the report change the game in that it “lays the groundwork for what could ultimately be an investigation culminating in possible impeachment,” Sorensen said.

Though it does not explicitly find Trump guilty, Redish agreed the specificity provided by the report can go a long way in helping House Democrats and hurting Trump’s claim that the report clear his name.

“It certainly doesn’t exonerate President Trump on any kind of level other than the most technical, that they do not have sufficient evidence to prove beyond a reasonable doubt that he committed a criminal act,” Redish said. “But other than that, I find it to have extremely damning information in merciless detail.”

Correction: A previous version of this story misspelled Pritzker Prof. Juliet Sorensen’s last name as Sorenson. It is Sorensen. The Daily regrets the error.