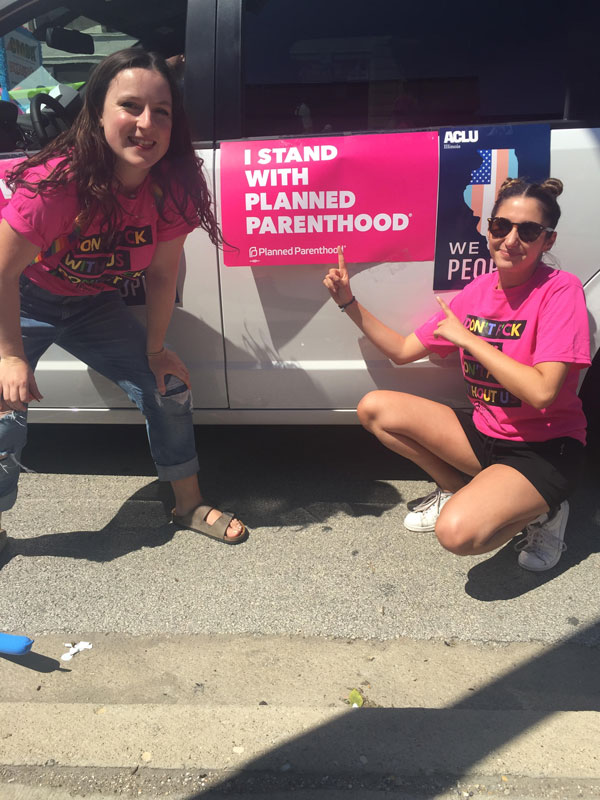 Alternative Student Breaks and the Northwestern chapter of Planned Parenthood Generation Action have teamed up to adopt a room in Mary Lou’s Place, a domestic violence shelter in Evanston.

Mary Lou’s Place is operated by YWCA Evanston/North Shore. Trimmy Stamell, who is the YWCA’s director of corporate and foundation relations and oversees the adopt-a-room system, said that the program is vital in keeping the costs of repair and maintenance in the shelter down.

“Without the support of our adopters, (the YWCA) would need to spend a lot of money and time maintaining the shelter,” Stamell said. “The shelter sees a lot of heavy use, just by the nature of it being a shelter. There are a lot of people who are in and out. And the rooms get worn. So having groups help us keep them clean and up to date and fresh and give them a fresh face every six months really helps us and it reduces our expenses for sure. ”

Stamell said Generation Action and ASB will be responsible for renovating the room and doing checkups to maintain its facilities once every six months. They will be committed to these responsibilities for at least two years.

Michael Deneroff, ASB’s community engagement chair, pitched the idea of collaborating with Generation Action. Deneroff said he wanted to develop a project that ASB members could work on during the school year, as most of the group’s programming takes place during breaks. Because none of the trips ASB organized this year involved helping domestic violence victims, Deneroff decided to look into opportunities for students to help domestic violence organizations in the Chicago area.

From his research, Deneroff found Mary Lou’s Place’s adopt a room program, which he thought was perfect for Northwestern students due to the low time commitment involved —most other volunteer opportunities with domestic violence organizations require the completion of a 48-hour domestic violence sensitivity training program, he said.

Because ASB’s membership shifts from quarter to quarter based on who goes on the trips they organize, Deneroff said he also wanted to partner with another student group that has a more consistent presence on campus to make sure there were enough people to fulfill the responsibilities. Deneroff reached out to Generation Action co-president Eliza Beth with the idea, and the two organized the effort together, including scheduling an initial trip to the room.

Beth, a SESP senior, said that during their first visit to their adopted room, the group reorganized the furniture, cleaned the entire room, and added decorations like picture frames. During future visits, the student groups will be responsible to make sure everything in the room is functioning and replacing or repairing anything broken.

Beth said that Generation Action was interested in adopting the room with ASG because, as an organization that is an outpost of Planned Parenthood, their goals of advocating for women’s rights and women’s safety aligns with the work Mary Lou’s Place does. Beth said the student organization was also looking to work on more long-form projects, as opposed to focusing on one-time speaker events.

“We talked about wanting to be scheduling events that had a longer timeline,” Beth said. “So not just a one-and-done speaker, which is also fantastic and we do a lot of that, but something that has a lasting impact. And that’s why this project really appealed to me and Gen Action, cause it had more of a sustained impact.”