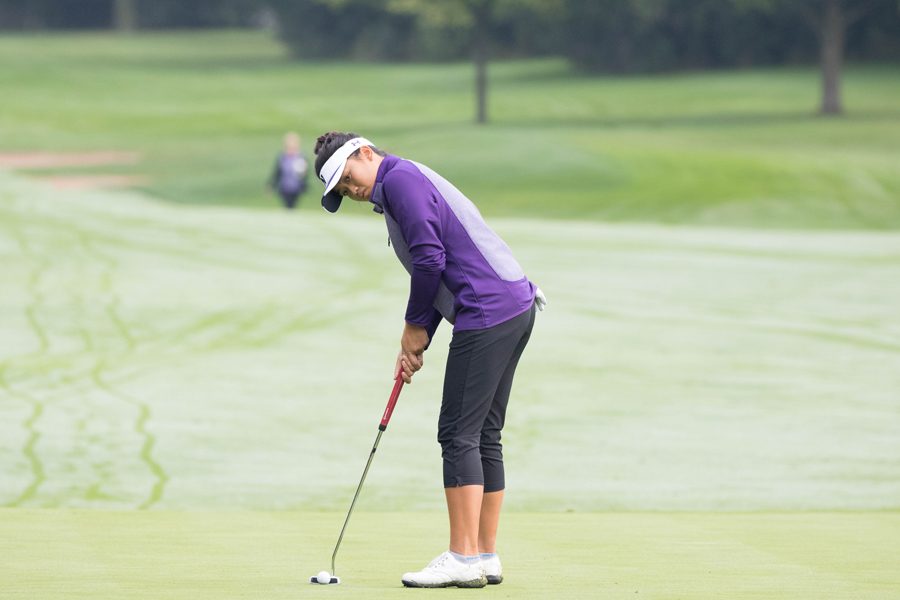 They call it “Redbud.”

It’s the 16th hole at Augusta National where Tiger Woods hit the most famous shot of his career — a chip shot that hung on the rim of the hole forever before dropping into the cup — and has been where several Masters favorites have cemented or ruined their chance at a green jacket.

It’s also one of Stephanie Lau’s favorite holes in the country. The Northwestern senior participated in the inaugural Augusta National Women’s Amateur last week, which meant Lau played Redbud and the other 17 holes at the famous golf course.

Her struggles earlier in the week at the Champions Retreat Golf Club, which hosted the first two rounds of this event, meant this would just be a practice round of golf, but Lau shot a 72 at Augusta National and parred the 16th hole.

“With (Redbud’s) tee position on Sunday’s, it’s really fun to watch the ball hit that hill (off the drive) down the right side of the pin and see the ball funnel down it,” she said. “I just love watching shots go in on that hole.”

After shooting 159 the first two rounds Wednesday and Thursday, Lau missed the cut by 12 strokes. On the first day of competition at Champions Retreat, Lau was one of four women in the field of 72 golfers to shoot over an 80. In the second round, Lau improved her score by three strokes, but she still finished tied for 69th in a competition that featured the best amateur female golfers in the country.

Coach Emily Fletcher flew to Georgia on Wednesday night to help Lau plan for the rigorous week ahead. In a seven-day stretch, Lau played three different courses — Champions Retreat, Augusta National and the Silverado Resort and Spa in Napa, California.

When Fletcher spoke with Lau on Wednesday and Thursday, she said she didn’t see any indication of nervousness before playing against some of the top amateurs in the nation. Fletcher said she was encouraged to see Lau decrease her shot total on the second day at Champions Retreat and finish strong in Augusta, which the entire NU team tracked shot-for-shot online.

“(Lau) just get she got off to a bad start that first day and just never could quite recover enough,” Fletcher said. “But we had a chance to talk after the round and she just really was very poised, and was able to see that there was a lot of good to take away from her experience that week.”

After leaving Augusta on Friday, Lau met up with the rest of her team in Wine Country, where she shot a 217 in three rounds at the Silverado Showdown and tied for fourth place in that entire field. Even though she had to travel across two time zones to get there, Lau helped lead the Cats to their first tournament win of the season.

“I tried to eat meals on Pacific time while I was still on the East Coast,” she said. “I tried to make it so I didn’t sleep on my flight. I just wanted to get on to Pacific time as soon as possible.”