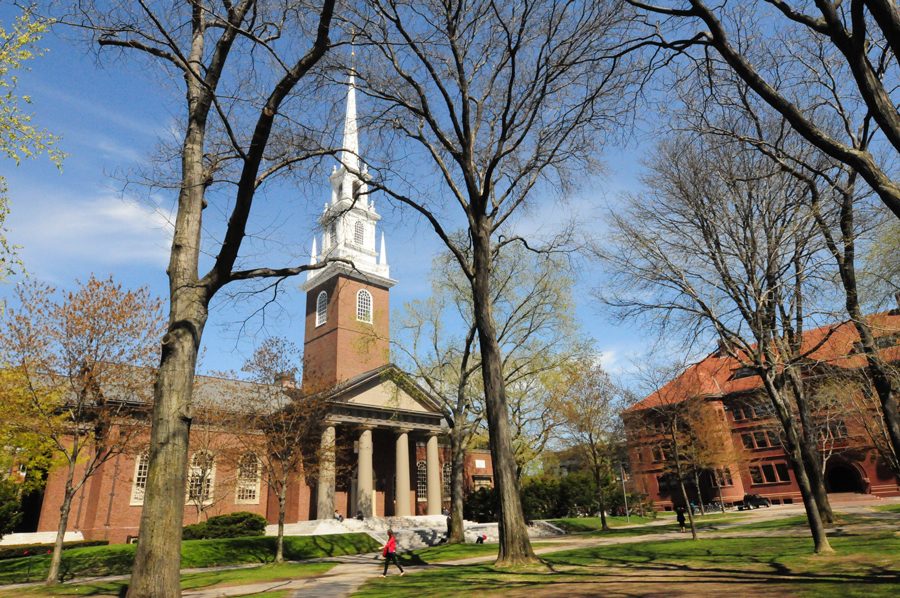 To preface, I know we’ve probably heard too much about the college admissions scandal since it broke about a month ago, but repeated mentions of Lori Loughlin’s predicted jail time in my news feed constantly remind me how relevant it remains to the public.

The morning after the story came out, I remember opening Reddit to find a reference to the scandal in almost every post, either in the form of sarcastic jokes or outraged reactions. One particular response that caught my eye was by author and screenwriter Danielle Paige, who tweeted, “Watching this college admissions soap opera and flashing back to buying a book about how to get into an Ivy League school when I was a kid and then doing absolutely everything I could to get there.”

Although I understand the frustration she was trying to express, I find Paige’s statement to be problematic in its own way. Why is it so universally accepted to idealize admission to elite institutions, particularly those with a fancy label like the Ivy League?

Independent of Catherine Buchaniec’s valid argument that college admission is skewed to favor students from privileged backgrounds, there seems to be a consensus among many admitted students that the process is likely arbitrary and not at all indicative of a student’s actual qualifications or abilities. Yet there’s so much pressure on students to get into a school with a name respected enough to impress their peers, relatives and parents’ friends.

I recently rewatched the movie “The Social Network,” and one of my main takeaways was the grandeur with which they portray its main setting, the Harvard University campus. Through repeated mentions of the high-power families with enrolled children, as well as the pervasive depiction of attractive and poised students, the film makes Harvard look more like the world from the sci-fi movie Gattaca — where society has begun to genetically modify babies through in vitro techniques so they are all born in peak physical condition — than a campus full of 18-22 year-olds.

I realize films are made to be dramatic and idealized. However, while it’s unlikely that viewers will find this portrayal any more believable than the lives of the gorgeous teenagers in Gossip Girl, there are inevitable effects from the mainstream, pop culture depiction of elite universities: where getting in means you’re worthy of an elevated level of success, and where attending “X” college — be it Harvard, Stanford, or any other top ten institution — will help you get there.

I don’t think it’s a shock to anyone that it’s possible to find a quality education outside of the Ivy League, but nonetheless, the intensity surrounding elite college admissions suggests an unspoken belief that any other college will provide a subpar education. A 2002 article from the Brookings Institution found that there were “possibly a hundred” colleges that provide an excellent, high-level education. The same article also observed that “as non-elite colleges have improved in educational quality and financial resources, and favoritism toward top-school degrees has faded, getting into an elite school has nonetheless become more of a national obsession.”

I would argue that the majority of the blame for this phenomenon should fall on the attitudes of parents and students who are making critical evaluations of universities. These attitudes are pervasive across the board, and apply not only those who go so far as to commit a crime in order to achieve a spot at whichever one they choose.

I appreciate the secondhand indignance on behalf of students whose “spots were taken” by those admitted unfairly. But I don’t think that should be the focus of the situation. We know it’s not possible for a college to admit every student who deserves to attend. As a college counselor once told me and my classmates senior year of high school: universities don’t want well-rounded students; they want a well-rounded class.

Because of this, I think it’s important to acknowledge that while many qualified students may apply to a university, only a fraction can be admitted. Regardless of wealth or status, there’s always an element of luck involved in a student’s acceptance. Making Harvard and other elite universities out to be the key to or an indicator of success is in and of itself exclusive and alienating to those who didn’t have the sheer good fortune to fulfill the admissions office’s needs that year.

That’s in no way to associate the glorification of top-ranked universities with the exploitation of affluence to cheat the system. But maybe if we didn’t place so much value on a handful of schools just because we know they’re selective, they wouldn’t hold so much power over us and our perceived worth.

Emily Wong is a Medill sophomore. She can be contacted at [email protected] If you would like to respond publicly to this op-ed, send a Letter to the Editor to [email protected] The views expressed in this piece do not necessarily reflect the views of all staff members of The Daily Northwestern.