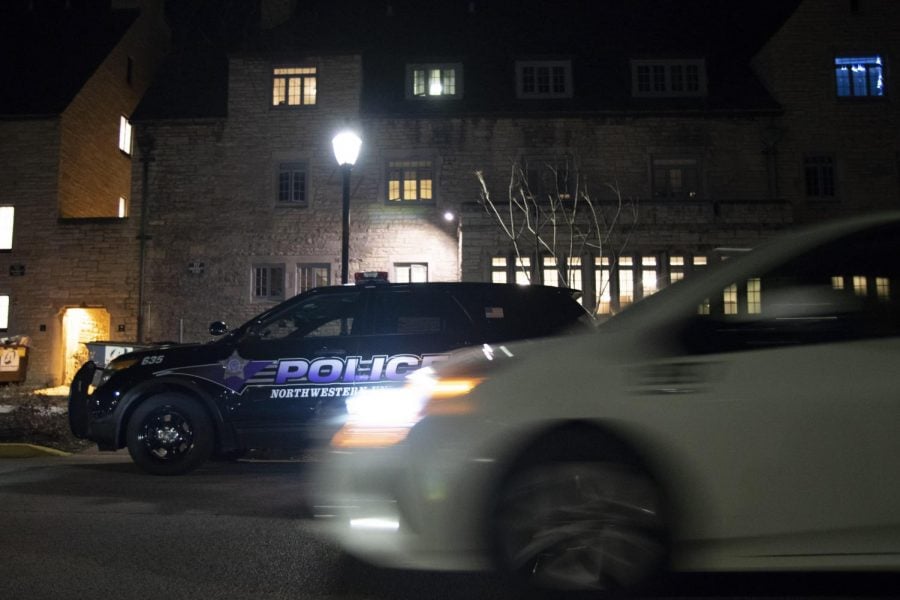 A Safe Ride drives past a University Police car near the Sorority Quad.

As women on college campuses, we receive constant reminders that we are in danger when we travel solo. This is a seemingly stagnant reality that we feel forced to accept.

Uber and Lyft provided an initial facade of safety. There was a sense of greater comfort seated in the backseat of a locked car, tucked away from the dangers on dimly lit streets. But, on March 29, the perception of Uber and Lyft as safer alternatives was shattered by the murder of Samantha Josephson.

At 2 a.m., Josephson found herself separated from her roommates after a night out in Columbia, South Carolina. Opting for what she deemed the safe choice, Josephson called an Uber and climbed into a black Chevy Impala, a car she believed to be her Uber. She was found murdered only 14 hours later.

The incident has garnered a lot of media and public attention. Josephson’s experience also drew attention to other violations by Uber drivers. For instance, according to a 2018 investigation by CNN, 103 Uber drivers have been accused of sexual assault or abuse by their passengers. Many women pay for Uber rides, however, in hopes of avoiding assault.

This presents a difficult situation for those without cars on campus or those who find themselves traveling home late at night after a party. While Northwestern provides University-specific transportation services, these services do not meet the needs of students.

Northwestern provides shuttles for faculty and students, with the Evanston shuttle running as late as 3:05 a.m. However, the routes of the shuttles are not always easy to maneuver and beyond that, the shuttles typically do not arrive on time. While the app Rider provides a clue to the shuttle schedules, often times I’ve found the app is faulty in terms of predicting arrival and departure. Because of this, women are still subjected to danger while waiting for the bus to arrive.

In addition to shuttles, Northwestern operates Safe Ride — a free service that runs from 7 p.m. to 3 a.m. and essentially functions the same way as Uber or Lyft, but is operated by Northwestern students. The cars, all of which are white Priuses, can be easily identified by the Northwestern Safe Ride insignia and individual car number.

In theory, Safe Ride is a saving grace for young women looking to be transported back to their dorms in a cost-efficient manner. Yet, in practice, Safe Ride is not reliable. During Fall Quarter, I personally called for a Safe Ride from North to South Campus to avoid a 20-minute walk to the opposite end of campus at night. I was told that a Safe Ride at the time of my call was unavailable, given the high demand for rides.

While I was able to call an Uber to return to my dorm, calling for Uber rides on a regular basis is not practical for low-income students. My experience also begs the question: What if I was in a genuinely dangerous situation and needed a ride immediately?

I understand that both the shuttle system and Safe Ride are given set budgets and cannot practically afford to hire enough drivers to individually cater to every student on campus. But an inefficient Safe Ride system doesn’t provide comfort from the sheer volume of emails Northwestern students receive from University Police Chief Bruce Lewis with the subject “Crime Alert.” It doesn’t quell the fear that female students experience briskly walking alone with their phone clenched in their hand, ensuring that distance is kept between other pedestrians late at night.

Instead of working to expand on the transportation systems in place, Northwestern has responded to increasing safety concerns by amping up the presence of UP officers. However, the mere presence of police officers sitting behind the wheel of a Ford Explorer seems to provide a superficial sense of safety and security. Officers logically cannot be situated on every street corner and protect every vulnerable woman. And beyond that, heightened police presence can increase discomfort among minorities targeted by police misconduct.

Instead of police cars, I want to see Northwestern allocate resources to improving the efficiency of transportation because no woman deserves to be paralyzed with fear simply because she’s walking back from the library after a late night of cramming for an exam.

Kathryn Augustine is a Medill first-year. She can be contacted at [email protected]. If you would like to respond publicly to this op-ed, send a Letter to the Editor to [email protected]. The views expressed in this piece do not necessarily reflect the views of all staff members of The Daily Northwestern.