The fashion influencers of Northwestern: Students use digital media to connect with fashion companies 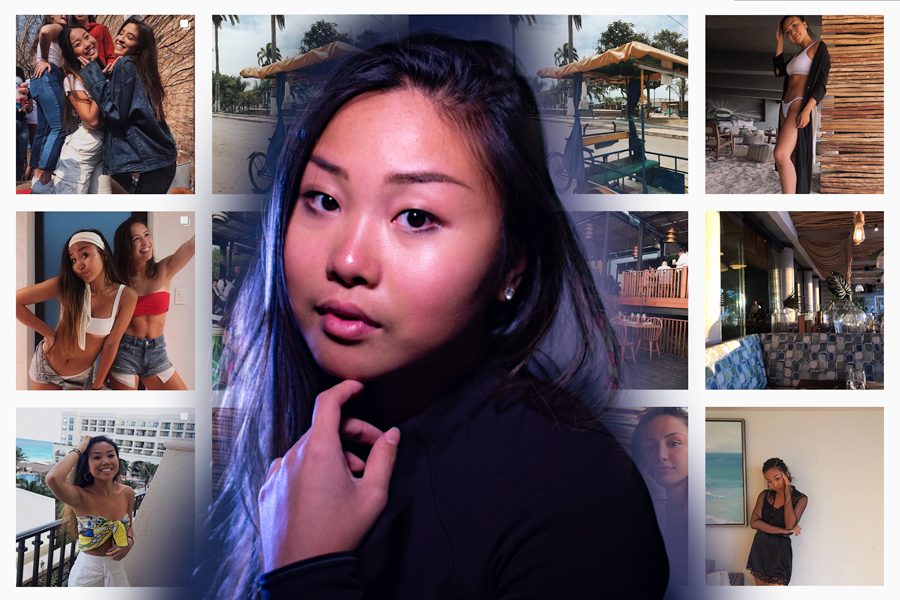 Move over, Vogue: there’s a new dynasty of fashion forces to reckon with at Northwestern. They’re harnessing the power of digital media to build professional connections, secure brand deals and to express themselves.

Annie Gao, SESP sophomore, is one example. She works with College Fashionista — a network of influential college students with experience in the fields of fashion, beauty and digital media, according to the organization’s Instagram page.

Gao said after she was accepted to College Fashionista’s team, she was added to a private Facebook page to meet other fashion-forward college students. In the group, Gao said people exchanged Instagram handles, forging new relationships and drawing inspiration from the fashion community.

“It’s a great way to build a network,” Gao said. “I definitely get inspiration from other users.”

Gao said her identity has been central to the work she does, and, more broadly, it is tied to her core values about fashion. Her philosophy is simple — she’s just “doing her.” And that ideology is reflected in the work she’s does for College Fashionista, most of which, she said, involves producing unique highlight reels for her Instagram story.

“I’m also an ambassador for a swimsuit company that reached out to me in high school,” Gao said. “But when it comes to sponsorships, I choose carefully; I want to make sure the clothing is good quality and sustainable.”

Gao is just one of a growing community of digital influencers at Northwestern — though some, like Weinberg junior Olivia Pura, eschew that title. Pura said that while she doesn’t necessarily consider herself an “influencer,” she still sees fashion as an important form of self-expression.

Pura said she’s appreciated the opportunity to travel and work with different companies, including Jovani Fashions and PINK from Victoria’s Secret. A former Miss Illinois Teen USA, Pura said she found her affinity for fashion early on in pageantry — and has stuck since.

But when it comes to her career, Pura said she’s excited to pursue her true passion — science.

“I don’t take my social media too seriously overall — at the end of the day, it’s only a highlight of someone’s life,” she said. “My social media is still me, but it’s definitely a selective part of my day-to-day, so it’s important to be honest.”

Gao said having such a public account makes her worry about her adherence to “social norms.” While she considers herself a “confident” person, she said the rise of social media can make personal expression difficult by creating fashion standards that are hard to depart from.

Still, Gao said she’s enjoyed acting as an influencer within the Northwestern community.

“I’ve had multiple people come up to me and comment on my clothing and outfit,” she said. “For me, I try to avoid being ‘basic,’ but whatever I feel like resonates with my personal style, I’ll wear regardless.”

And Gao isn’t the only College Fashionista team member on campus — she’s joined by a number of other Northwestern students, including Communication sophomore Katie Karmin.

Pura said she was able to attract most of her corporate partnerships by making her account public and attaching her email. As fashion influencers become more and more popular, social media has become the ideal place to flex.

The trend comes as the use of social media platforms, like Instagram, burgeons among young adults. Indeed, 2018 data from the Pew Research Center found that young adults are “especially heavy” Instagram users, with 71 percent of 18-24 year olds on the platform.

Within that growing ecosystem, organizations like College Fashionista have put down roots and now thrive.

“Our digital community of influencers connect with like-minded peers, build their skill set from their campuses, and gain access to industry experts in the fashion and digital media industries,” its website says.

Gao said the explosion of digital media has excited her — it’s an industry she hopes to break into in the future. She said her “goal career” is to work for a fashion company, which is why she said her work so far has been important.

And while other Northwestern fashion-lovers, like Pura, don’t necessarily see a career in the fashion industry, they look fondly upon the opportunities that their experiences have afforded them.

“It’s been so great to have a community of friends around the world,” Pura said.