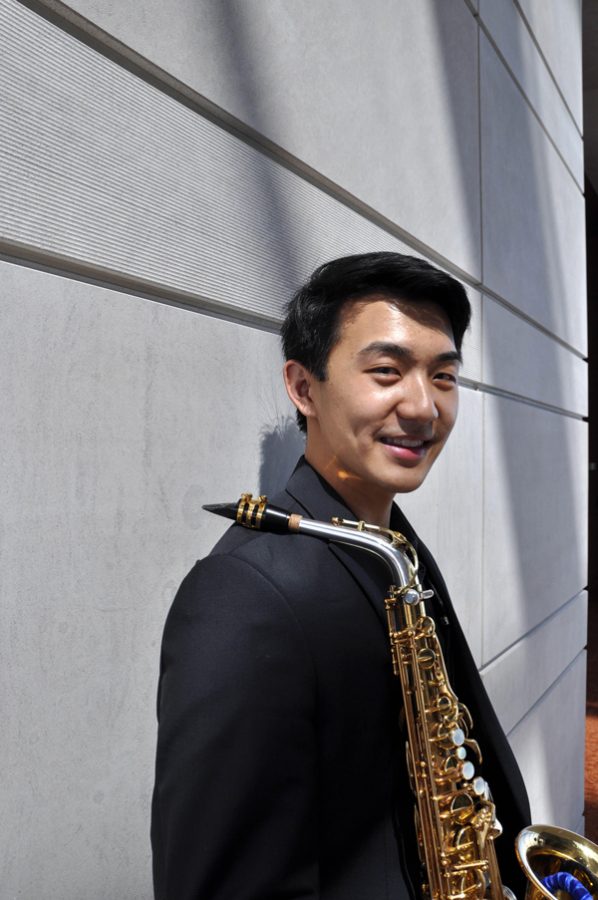 Eric Zheng is one of 11 musicians to win the 2019 Yamaha Young Performing Artists Competition. To prepare for the competition, he spent over 20 hours a week perfecting saxophone sonatas.

After spending over 20 hours a week perfecting saxophone sonatas, Bienen dual-degree senior Eric Zheng has been selected as a winner of the 2019 Yamaha Young Performing Artists Competition.

Zheng, a saxophone player, is one of 11 musicians nationwide to receive this distinction, according to a news release from Yamaha, the world’s largest musical instrument manufacturer. He will participate in the Yamaha Young Performing Artists Competition Celebration Weekend in June 2019.

“We are thrilled to honor Eric for his remarkable talent at this phase of his music career,” John Wittmann, Yamaha Artist Services director of artist relations and education, said in the release.

The Yamaha Young Performing Artists Competition is an annual program that honors young musicians studying in the United States who excel in jazz, classical and contemporary genres. Zheng said he learned of the competition online and through relationships with past winners. He decided to enter Yamaha’s 2019 competition because he felt he could prepare for graduate school auditions simultaneously.

Leading up to submitting four recordings for the competition, the Arizona native sent his files to a teacher from his hometown, Derek Granger. Zheng also worked closely with his Northwestern saxophone professor of four years, Taimur Sullivan.

“Professor Sullivan has guided my way through growing as a musician,” Zheng said.

Zheng started playing the saxophone around age 9. He was “turned on” to the instrument because his father “loved” famous saxophonist Kenny G. Zheng played the saxophone in ensembles throughout his childhood and said he “found his community.”

When it came time to apply to undergraduate school, Zheng wanted to attend an institution that allowed him to study an academic subject as well as music. NU fit the bill.

Working toward his dual-degree in economics and saxophone performance while being a member of multiple Bienen ensambles is quite a task. But it is one Zheng said he took on with pleasure.

“Being a student musician is hard,”  Zheng said. “It takes some time to figure out what balance works for you. It’s all about dedication.”

Zheng said one of his most cherished memories during his time at NU is performing at the World Saxophone Congress in Zagreb, Croatia, during the summer of 2018. Zheng received a Weinberg undergraduate research grant to study United States and European pedagogy in the field of saxophone performance at this event. He said it was “fascinating” to interview music professors from two different parts of the world and perform internationally.

In the future, Zheng looks forward to attending graduate school and receiving his master’s degree in saxophone performance. He would also like to further collaborate with musicians and pursue his own projects in chamber music.

Zheng’s friend and mentor Jordan Lulloff (Bienen ‘18) said “it is a known fact that Eric is going to do great things.”  Before Lulloff graduated, the two participated in a saxophone ensemble together. He recalls Zheng always working to make himself better.

“When Eric and I played together at Northwestern, all the older kids talked about how talented he is,” Lulloff said. “Eric has a crazy work ethic and he never fails to bring energy to his music.”