Northwestern community expresses excitement about Lightfoot’s election, though some remain pessimistic about reform 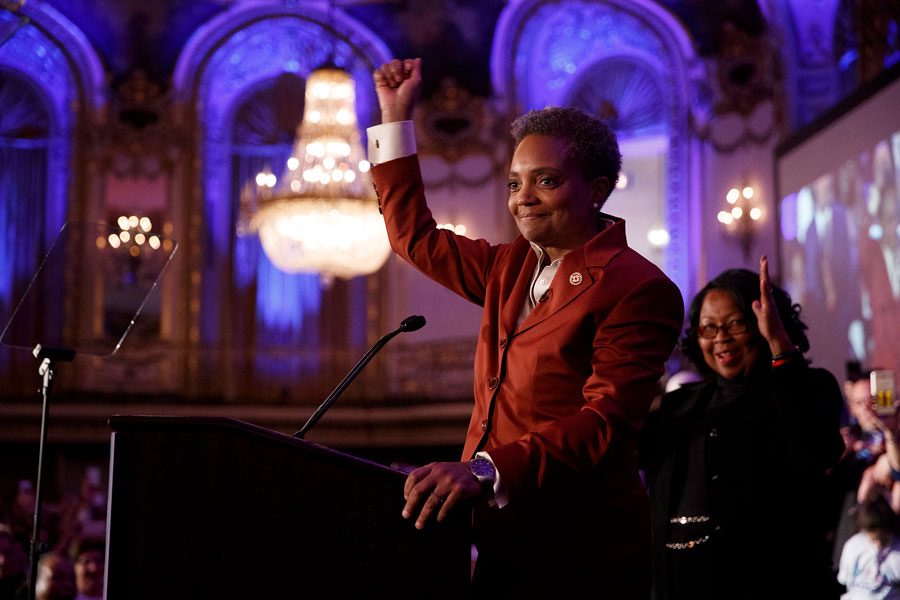 Lori Lightfoot. The former prosecutor received 73 percent of the vote.

Lightfoot won by a landslide against her competitor Toni Preckwinkle, receiving 73 percent of the vote and leading in all 50 wards. As a former prosecutor, Lightfoot has never held public office, a trait she emphasized in her campaign as an outsider to the Chicago political machine.

Lightfoot and Preckwinkle won the top spots in the February election, but neither received the majority of the vote, so the two advanced to a runoff.

In a Wednesday statement to The Daily, Northwestern University President Morton Schapiro described Lightfoot as a “skilled reformer” advocating for accountability in government.

“Lori Lightfoot’s election is a real milestone for Chicago,” Schapiro said. “All of us at Northwestern are looking forward to working with her and her administration.”

However, English Prof. Bill Savage said Lightfoot is stepping into a difficult position. He emphasized Chicago’s massive pension debt, speculating this was a part of why current mayor Rahm Emanuel decided to step down. He said neither Lightfoot or Preckwinkle outlined a clear solution for this problem.

Savage also said any solution to police-community relations, a major issue in the city, would require a “massive cultural shift.”

“I don’t envy anyone with the job of mayor of Chicago,” Savage said.

Medill senior Andie Linker is from Lincoln Park, Chicago and voted for Preckwinkle, though she thought both candidates were “really excellent.” However, she said she was concerned by the low voter turnout.

Linker said she hopes Lightfoot will engage with grassroots organizers in Chicago and create change in the government.

“I was really pleased with this election cycle in general for Chicago,” Linker said. “I think it hopefully looks towards a future of a really progressive city.”

Weinberg junior Josemanuel Hernandez voted for Lightfoot in the runoff, but he said neither candidate represented his progressive vision. He said he decided to vote for Lightfoot because she was more distant from the Chicago political system.

However, Hernandez expressed concern about Lightfoot’s ties to the Chicago Police Department. The incoming mayor has held police oversight positions under two prior mayors.

He said he hopes Lightfoot will do better protecting low-income communities as mayor.

“In a certain sense, I feel good about the election because of representation,” Hernandez said. “I’m a low-income, POC, LGBT student and on the surface level, this is a descriptive candidate that represents kind of who I am… but I think people have to look beyond that and look at the history of machine politics in Chicago and how that can continue to be perpetuated.”