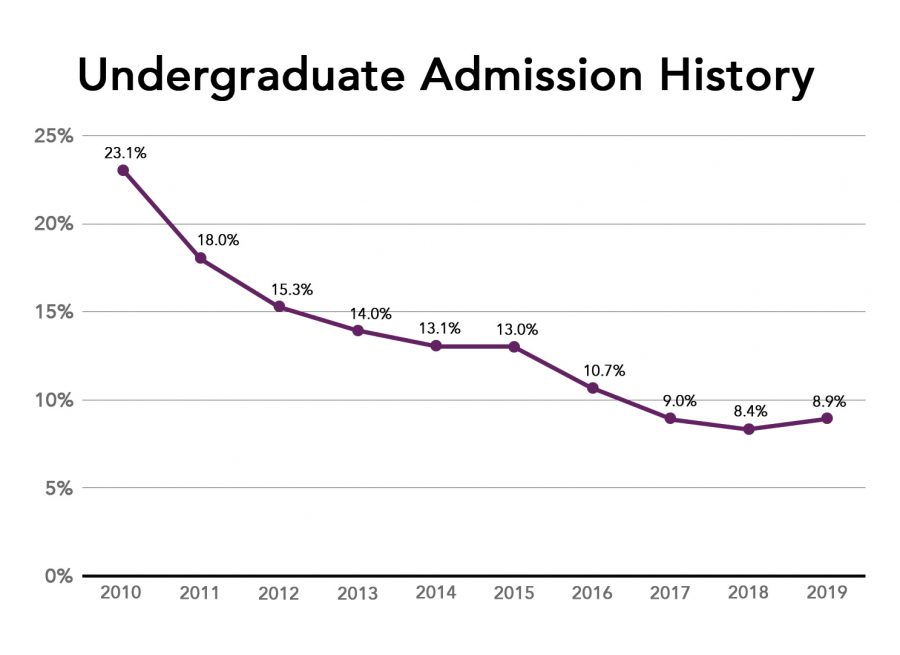 Northwestern accepted 8.9 percent of its applicants for the class of 2023, Christopher Watson, the dean of undergraduate enrollment, told The Daily in an email.

At a time when declining single-digit admissions rates have come to signal prestige for elite universities, the news is a notable shift for Northwestern. Schools like Harvard and Yale posted a drop in rates, underscoring just how cutthroat admissions have become.

But other schools like Princeton and Cornell also saw a rise in rates, though Princeton’s rate is closer to 6 percent, while Cornell’s is closer to 10. Watson predicted Northwestern’s rate would remain about the same when the University announced the number of applications this year flattened. President Morton Schapiro said he had expected applications to stabilize.

NU received 40,579 total applications this year, setting a new record after last year’s high of 40,425. Of those 40,579 applications, 4,399 were submitted in December through the Early Decision process.

Students accepted in the Regular Decision pool have until May 1 to make a decision regarding their enrollment at NU.