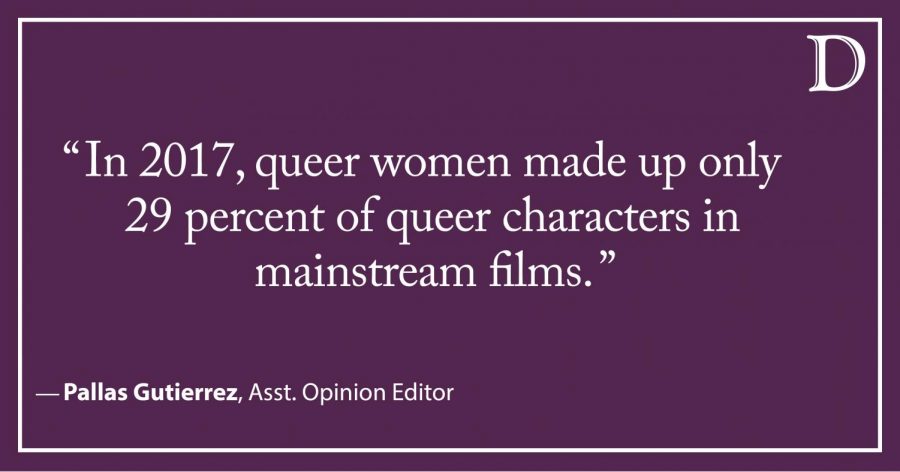 This is the seventh column in “50 Years of Queer Anger,” a series examining LGBTQ+ issues in the United States since 1969.

Last month was Women’s History Month, so it is important to acknowledge queer women and the contributions they have made to American society.

Queer women have also been overlooked in history. It is often exceedingly difficult to prove a historical figure’s sexuality if it’s not explicitly stated, and the problem permeates historical queer studies. Queer people throughout history have had every reason to try to hide their identities, so few documents making the author’s queerness explicit exist before the 1950s. It is also impossible to apply modern identities like gay and bisexual to figures who did not have the same concept of sexuality as modern audiences. That being said, there are many women throughout history who have made their love for other women very clear.

Susan B. Anthony is best known for her involvement with the women’s suffrage and temperance movements in the early twentieth century. She exchanged what would then be considered flirtatious letters with Anna Dickinson, and referred to Emily Gross, the wife of a Chicago businessman, as her lover.

Frida Kahlo is well known for her surrealist paintings and self-portraits that examined Mexican society. She was also what modern audiences would call bisexual, allegedly having affairs with performer and spy Josephine Baker, fellow artist Georgia O’Keeffe, and film actress Paulette Goddard, among others. In addition, Kahlo ardently rejected gender norms, dressing often in what was considered male attire and portraying herself with a unibrow.

Audre Lorde was an American writer who strongly identified as a black feminist lesbian, referring to herself as, “black, lesbian, mother, warrior, poet.” She made waves in the American and German feminist movements of the late 20th century with her insistence on what would later be called intersectionality. She maintained that “difference must be not merely tolerated, but seen as a fund of necessary polarities between which our creativity can spark like a dialectic.”

In 1975, Time Magazine offered Lily Tomlin the chance to be the first queer person to come out on the cover of the magazine. She ultimately turned down the offer, and Ellen DeGeneres became the first person to come out on Time’s cover 22 years later. Tomlin said that at the time she wanted to be recognized for her acting talents over her queerness, since there were few out actors in the 1970s. She and her partner Jane Wagner married in 2013.

Stephanie Beatriz used her own bisexuality to shape her character Rosa’s coming out story in Brooklyn Nine-Nine. She has used her platform in the show to foster discussion about bisexuality in general, specifically focusing on being a queer Latina woman, familial reactions (Rosa’s parents echo biphobic sentiments like, “It’s just a phase,”) and how, despite being married to a man, she is still bisexual.

Discussing these women’s sexualities may seem as trivial as discussing anyone else’s romantic lives, but it is important for young queer women to see themselves represented now in the media they consume and in their history classes. Representation is crucial for young queer people, who may not have any real-life role models. Queer women shaped history both inside and outside queer feminist movements, and their identities deserve to be acknowledged.