Women’s Basketball: Northwestern books a trip to the WNIT Final Four with heart-pounding victory over Ohio 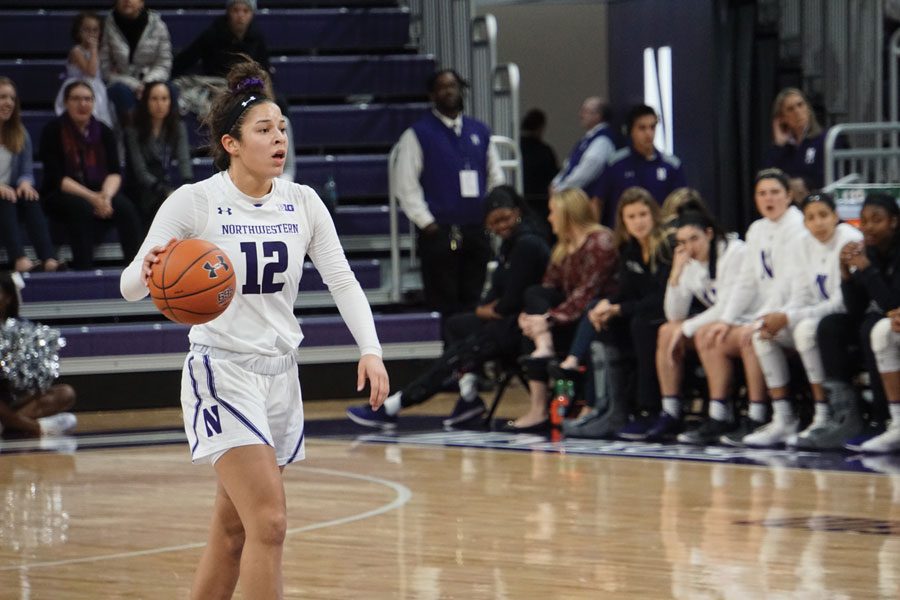 They’re not called the Cardiac Cats for nothing.

In increasingly heart-pounding fashion, Northwestern has popped off three consecutive victories after trailing at the beginning of the fourth quarter. With their latest act of magic, a 61-58 comeback win at home on Saturday night over a talented Ohio squad (30-6, 14-4 MAC), the Wildcats (20-14, 9-9 Big Ten) punched their ticket to the WNIT semifinals.

“You gotta hate to lose in these things,” coach Joe McKeown said. “You don’t have to play great, you just gotta win by one. We’re proving that. And you know, you sometimes gotta play from behind.”

With less than five seconds to go and NU holding onto a tenuous one-point lead after trailing by eight at the beginning of the period, McKeown drew up an inbounds play for sophomore guard Lindsey Pulliam to get the ball and earn a trip to the free throw line. Pulliam had knocked down two from the charity stripe only seconds earlier to push the advantage to three, but Ohio forward Erica Johnson made an uncontested layup to bring the game within one again.

Pulliam got the ball off the inbounds and was immediately fouled. With the game possibly in the balance, she walked calmly to the line with two shots on the way and one thought on her mind.

Ice the game Pulliam did, sinking two free throws that would extend the Cats’ winning margin to three.

While the sophomore guard only shot 27 percent from the floor, she was nearly automatic at the charity stripe, netting 12 of her 15 attempts. Pulliam aggressively attacked the Bobcats’ defense all game, drawing contact on her drives inside and on her midrange jumpers.

With all of Pulliam’s makes, Welsh-Ryan Arena was rocking.

“Once everybody settles in, it’s going to be the best arena in college basketball, and I’ve been in all of them pretty much,” McKeown said. “The atmosphere and crowd just inspired our team, in the last two minutes especially.”

The Cats were relentless on the glass, as senior center Pallas Kunaiyi-Akpanah made use of her length — the Abuja, Nigeria native was easily taller than all of her Ohio opponents — and the team finished the game with a plus-15 rebounding margin. Even NU’s guards got involved in the rebounding party, with freshman guard Veronica Burton adding seven boards of her own and Pulliam grabbing another six.

Burton shined on the biggest stage of her young career, netting 15 points on just six shots from the field while dishing out six assists and grabbing three steals. McKeown joked that the freshman was going to “keep her scholarship” and praised her maturity and fearlessness on the court.

Burton said her teammates and coaches have powered her efficient scoring and that throughout each game of the tournament run, the Cats have been able to trust each other more and more.

“Us being able to come back no matter what, I think it’s a huge confidence booster, and just allows us to have a lot of energy no matter what the score is throughout the game,” Burton said. “I mean, everyone’s kind of tired. But that’s everyone in March. So I think it’s just who can push through more.”

With its fourth consecutive WNIT win, NU extended the best postseason run in program history. Previously, the team’s record for single-season tournament wins was two, achieved in 1996, 2010 and 2014.

And NU isn’t done yet.

The team will take on the winner of Georgetown vs. James Madison, which will take place Sunday. The semifinal game will be played on either April 3 or April 4, and it is to be determined whether it will be at Welsh-Ryan or on the road.