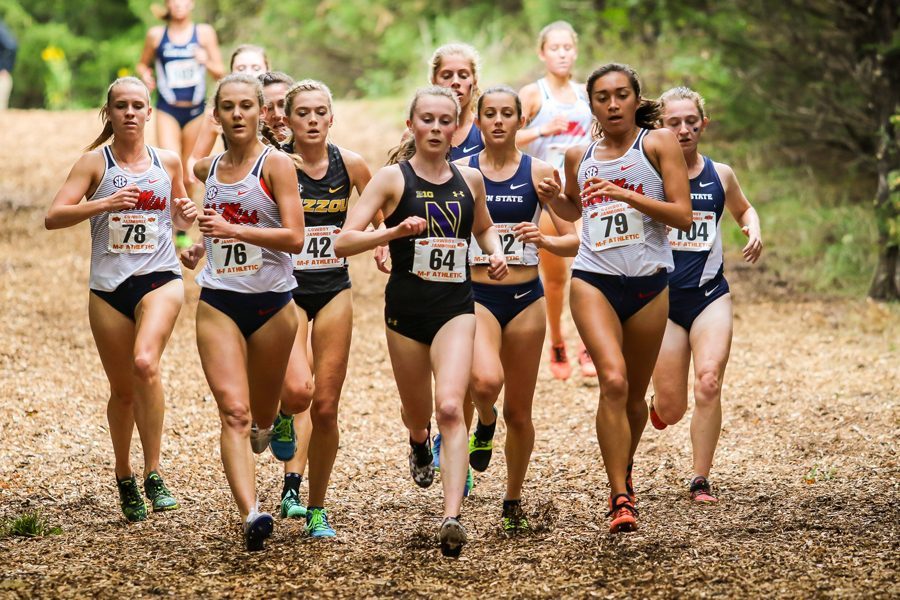 Aubrey Roberts leads a pack of runners. The junior made history and became a two-time All-American this weekend.

This Friday at the NCAA Indoor Track and Field Championships, the junior made history — again. She became the first woman in Northwestern history to earn All-American honors at the meet after her 10th-place finish in the 5,000-meter event.

Her history-making performance this winter follows a successful fall season — when she became the first female cross country All-American in program history.

With another excellent showing this weekend, Roberts “solidified herself on the national stage,” coach ‘A Havahla Haynes said on NU Sports.com.

“Aubrey ran an amazing race and has only just begun,” Haynes said. “With this being her first NCAA track championship, she was intentional and had her focus on working from the back of the race forward to crack the top-8.”

At the 2K mark, Roberts sat comfortably in 14th place, before running up to 11th with six laps left to go. The Wisconsin native finished strong and was able to knock off one more spot before coming through the 5K.

Roberts will look to go three-for-three come the NCAA Outdoor Championships in June. Before then, the Wildcats will jump into the rest of their outdoor schedule — beginning at the San Francisco State Distance Carnival and Stanford Invitational at the end of March.