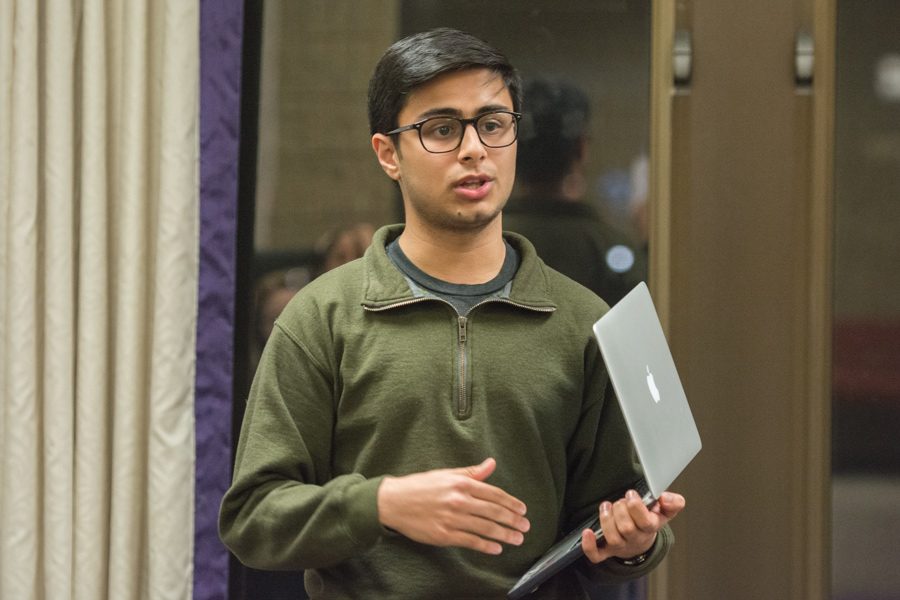 Associated Student Government passed legislation to restructure the leadership of its student group funding process during a Wednesday Senate meeting.

The setup has made it difficult for smaller groups to grow as they quickly reach a cap in funding, Tallamraju said. The process of moving from B-status to A-status is tedious and hampered by an excess of bureaucracy, he added. Additionally, there are a variety of disadvantages to being an A-status group, Tallamraju said, due to funding being allocated yearly instead of quarterly, which requires groups to be much more organized about financing. The system hurts midsized groups most, he said.

“There’s a lot of barriers for midsized groups that really need more money but they just can’t get it,” Tallamraju said. “They don’t want to be A-status because it’s a lot of work and also they can’t because it requires so much bureaucracy. You’re kind of just trapped with a label that sticks with you forever.”

In April 2018, ASG passed legislation to remedy the problem by creating five funding tiers, separated by relative financial need, and allowing student groups to apply into any tier during each funding cycle.

Maanas Bhatt, the incoming ASG vice president for student activities finances, said the new setup removes bureaucratic roadblocks to moving between tiers by abolishing funding status designations all together, instead moving to an “event-based system.” Dillo Day, for instance, would automatically be placed into tier one, based on the large amount of funding Mayfest traditionally receives.

The system is designed to help smaller groups grow faster, Bhatt said. ASG’s budget for student groups increases by approximately 3 percent annually. Currently, the increase in funding is allocated equally — percentage wise — among A-status and B-status groups. Bhatt explained that much of the new money will now be allocated to lower-tier groups, though no group will be allowed to grow too fast.

“The finance committee within ASG has always promoted manageable and scalable growth, so we wouldn’t want to give a 60 percent increase to any group,” Bhatt said. “We want to make sure that the increases are happening in small increments so that we know that the next leadership is able to put on an event that has slightly more money, and in that way those small increases will eventually lead into a larger increase in the long term.”

ASG President Emily Ash said the legislation, which has been six years in the making, is an exciting new step for ASG.

“The purpose of the Student Activities Fund is to enhance the student experience at Northwestern,” Ash said. “ASG’s role in that should be to promote growth and new ideas and new events from smaller and potentially growing groups, as opposed to maintaining the status quo in funding potentially over decades of allocations.”

Correction: A previous version of this story misrepresented the status of the ASG resolution. It was introduced to the senate, not passed. The Daily regrets the error.