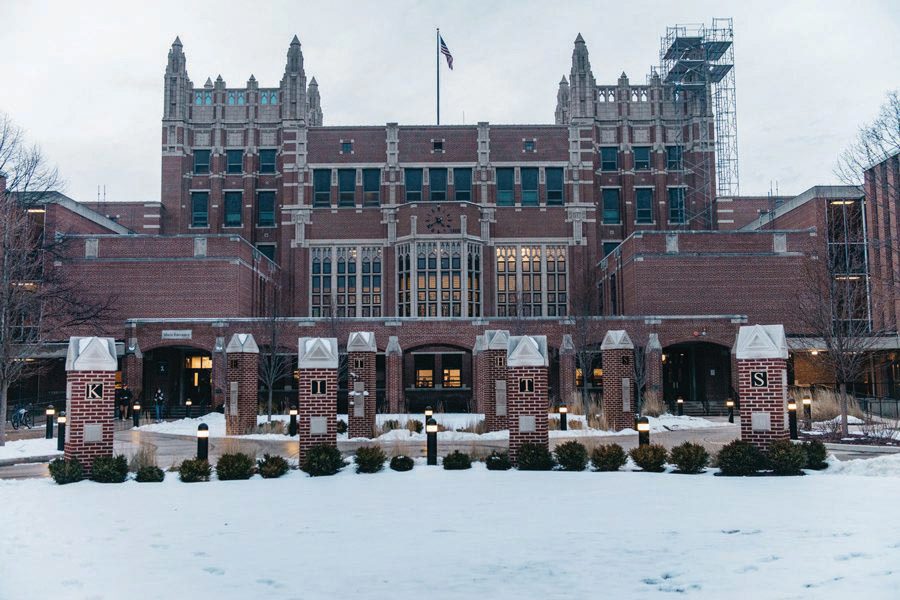 Evanston Township High School, 1600 Dodge Ave. Evanston school leaders haven’t announced a plan to change their Title IX policies in response to the November 2018 proposal from the U.S. Education Department to improve how schools handle sexual harassment and how students report it.

In Evanston/Skokie School District 65 and Evanston Township High School District 202, Title IX requires that students have the resources to report misconduct in relation to gender.

Enacted in 1972, Title IX bars gender discrimination or exclusion in federally-funded programs, which includes District 65 and District 202 schools. Though it initially gained popularity for ensuring equality in sports programming, it has since been used as a tool to hold schools accountable for addressing sexual misconduct.

In November 2018, the U.S. Education Department released a proposal to improve how schools handle sexual harassment and how students report it.

The proposal seeks to improve how schools handle and respond to incidents in colleges and K-12 schools. The K-12 policy would allow schools to set a higher standard of evidence to find an individual responsible for an action, though Illinois law requires that schools adopt the lower of two available standards.

The rules would also narrow the definition of sexual harassment and the scope of incidents schools would be required to investigate.

In making the changes, the Education Department said it hopes to ensure all students “can learn in a safe and nurturing environment.”

“Every survivor of sexual violence must be taken seriously, and every student accused of sexual misconduct must know that guilt is not predetermined,” U.S. Secretary of Education Betsy DeVos said in a statement announcing the rules. “We can, and must, condemn sexual violence and punish those who perpetrate it, while ensuring a fair grievance process. Those are not mutually exclusive ideas.”

Though the proposal would change how the law is implemented, Evanston school leaders haven’t announced a plan to change their policies. ETHS Superintendent Eric Witherspoon directed media requests to Title IX Coordinator Taya Kinzie, who was unable to interview with The Daily.

At Evanston Township High School, students can report Title IX violations to a dean, Kinzie, Principal Marcus Campbell or a counselor. The school also hosts an ETHS mobile app, which allows parents or students to “Text-A-Tip” anonymously to report any possible misconduct, according to the District 202 website.

Beyond Title IX, ETHS supports gender equity through courses for girls in STEM, encouraging young women to explore engineering and science, Witherspoon said. Similarly, they have programs beginning in middle schools to engage girls in sports, he added.

“We don’t just have a policy that says we embrace Title IX,” Witherspoon said. “We are always looking for opportunities to grow the opportunities for our students and make sure they are really equitably available.”

District 65 Superintendent Paul Goren said in an email that District 65 complies with all civil rights legislation, including Title IX. Goren said the district “believes in what it stands for with regard to our students and our employees.”

“We have a commitment to an equity agenda that reinforces our commitment to equity in hiring; to respond rapidly, and more importantly, to prevent any sort of discrimination or harassment towards our students; and to provide opportunities for all students to participate in educational programming and extracurricular activities regardless of gender or sexual identity,” Goren said.