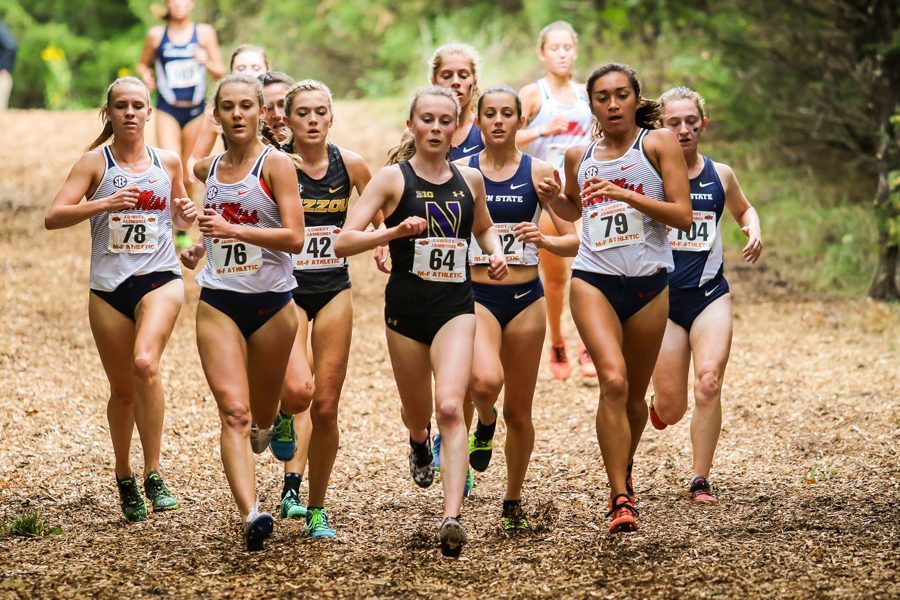 Audrey Roberts leads a pack of runners. The junior will go for two-time All-American status this weekend.

After a fall cross country campaign for the record books, the Wisconsin native gained All-American status when Roberts finished November’s NCAA Championships race in 18th place in a field of 255 runners.

Now, the powerhouse has the chance to go two-for-two in this year’s campaign.

Roberts has made the cut for this weekend’s 5,000-meter race at the NCAA Indoor Track and Field Championships, the NCAA announced last week. Roberts is the first NU cross country athlete to qualify in at least 20 years.

She’ll travel as the sole Wildcats runner — and one of two Big Ten athletes — to compete at next weekend’s meet in Birmingham, Alabama.

Roberts qualified with the eighth-fastest 5,000-meter time in the field.

Earlier this winter, the junior runner clinched a school record in the race after posting a 15:32.38 at the BU Season Opener, the fifth-fastest performance in conference history. At last month’s Meyo Invitational, Roberts also took over the school record in the mile after running five 640-meter laps in 4:43.88.

This weekend — for the second time — she’ll have a chance to do what no other Wildcats runner has managed to even do once and reach All-American status yet again.