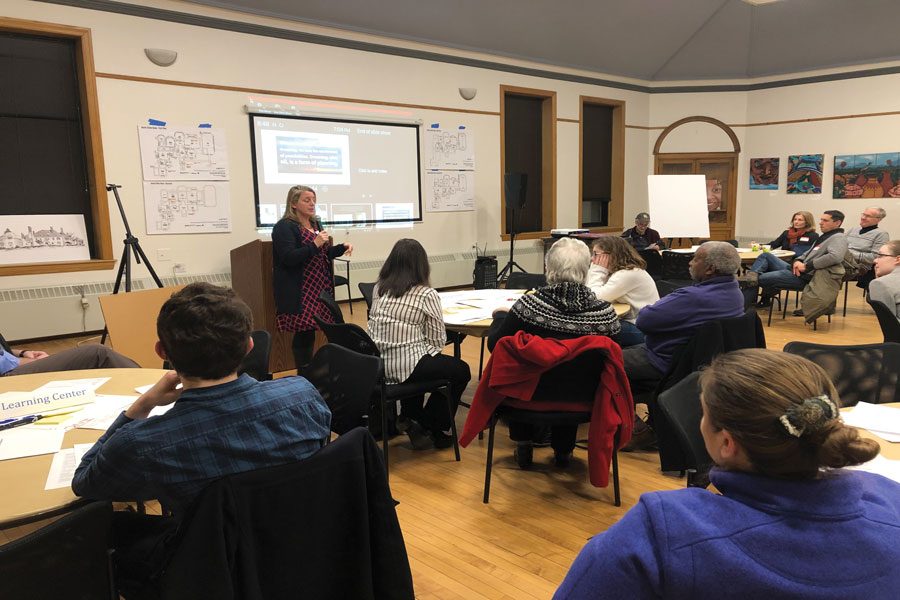 Evanston residents brainstormed ways to repurpose the Harley Clarke mansion, emphasizing the need to make the project both inclusive and financially viable.

In November 2018, 80 percent of Evanston residents voted on an advisory referendum to preserve the mansion, but now the community must decide what to do with the space. At the Lorraine H. Morton Civic Center Thursday, the Harley Clarke Community, a group of activists who met working on the referendum in the fall, hosted a “Priorities and Practicalities meeting” in an effort to answer these questions.

The meeting was the second community gathering in a series meant to engage Evanston residents, said Christian Sorenson, a legislative aide to Illinois Rep. Robyn Gabel (D-Evanston) and member of the Harley Clarke Community group.

“(We are) trying to come up with reasonable solutions that are community-driven, that would allow for inclusivity and not try to force a political solution or force a particular viewpoint onto the city,” Sorenson said.

At the meeting, more than 60 people sat at tables that focused on different elements of the vision for Harley Clarke — arts, restaurants, events, gardens, a learning center and wellness. Residents suggested ideas for the space, including adding a greenhouse, an industrial kitchen, a labyrinth, a community research library and a space for concerts.

Members of Evanston’s hispanic community emphasized the need for spaces to host quinceañeras and other cultural events. They also suggested using Harley Clarke for computer classes, English-Spanish learning classes and a daycare center. Zaida Cintron said that Harley Clarke is a historic place that belongs to “todos, everybody.”

Allie Harned, founder of Save Harley Clarke, said it is important to make the renovated Harley Clarke as inclusive as possible.

“How can we make this a place where everybody feels safe, feels welcomed, regardless of their race, gender, gender identity, ethnicity, every sort of identity that anybody may have — religious identity, language?” Harned said.

“We just would like to ensure that the Council listens to the community and that they act upon the best interests of the community for our house,” Cannon said.

Harley Clarke Community’s next meeting will be on April 4.