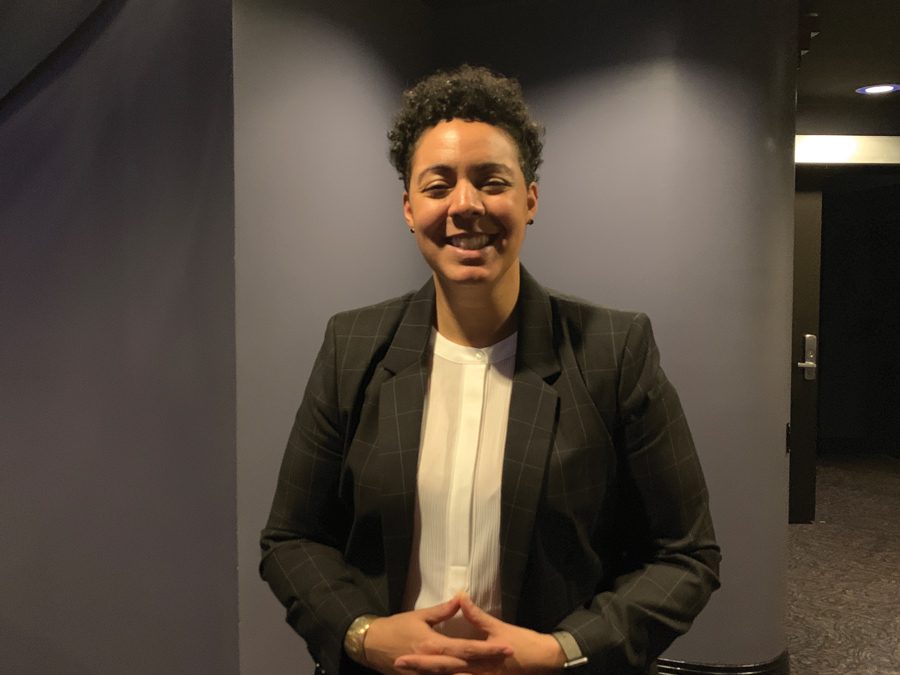 Maria Hadden, who was elected last night as the alderman for Chicago’s 49th Ward. Hadden unseated 28-year incumbent Joe Moore in the North Side ward, which borders Evanston.

Chicago’s 49th Ward — the North Side ward that borders Evanston and includes Rogers Park, Edgewater and West Ridge — saw an upset in last night’s city election when political newcomer Maria Hadden unseated incumbent Joe Moore, who has served in the role since 1991.

Hadden, Moore’s only challenger in the election, ended the night with about 64 percent of the vote. She is the first openly gay black woman to be elected alderman in Chicago.

Val Buchanan, the assistant director of leadership development and community engagement at Northwestern, is a resident of the 49th ward in Rogers Park. She voted for Hadden in the election and said the results made her feel “encouraged.”

During his nearly three decades as alderman, Moore has pushed for affordable housing in the ward and more community input on the ward’s budget, including the final decision on how $1 million of the ward’s annual budget would be spent.

“(I’m) just looking back at all we’ve been able to do in this neighborhood,” Moore said at an election night party after announcing his concession. “Working together with all the strong people in this community … to really transform Rogers Park in a way, but also to continue to enhance what has made this neighborhood so special, which is its economic and racial diversity.”

Still, Hadden said there were “gaps” in Moore’s record as alderman that she was looking to fill. Moore has been criticized for growing too close to Mayor Rahm Emanuel, who will end his term this spring.

Hadden said she is looking to return to the “culture and legacy” of Rogers Park by being an independent progressive voice in the City Council.

“I’m humbled for the opportunity to serve the 49th Ward,” Hadden said Tuesday night. “And I look forward to being the independent progressive voice that they elected me to be.”

Buchanan voted for Hadden because of the candidate’s support for local, neighborhood public schools and her emphasis on “development without displacement,” bringing economic growth without gentrification. She also said Hadden promised a higher level of transparency and distinguished herself from the stereotype of Chicago politics.

Finally, Buchanan said Hadden will bring a refreshing perspective to the 49th Ward and City Council as a gay black woman.

“Maria is really good at drawing people together to work together to think about challenging the reputation that Chicago politicians have,” Buchanan said. “Maria is a politician who’s been entering this race to challenge that.”

In her role helping Northwestern students engage with Chicago, Buchanan said now is a great time to get involved. She highlighted the Neighbor2Neighbor program, which connects students with Rogers Park community organizations for service and learning opportunities.

Buchanan said the border between Evanston and Chicago is not a hard line with people moving back and forth to live and work. The election on the south side of Howard Street impacts Northwestern and Evanston as well.