In God we trust?: Despite national politicization, Islam remains inspiration for activism 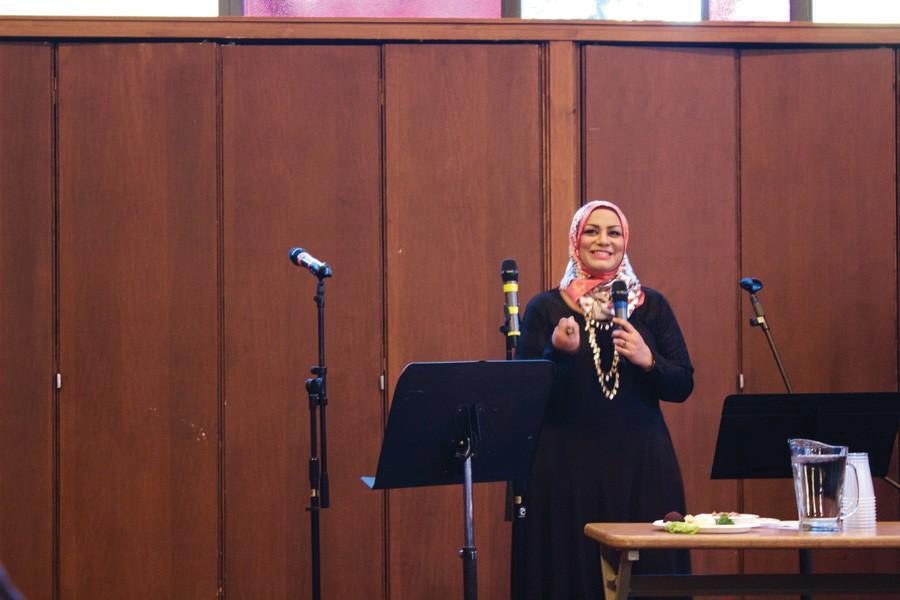 This article is the third in a series on religious involvement on Northwestern’s campus. In the midst of studies showing declining levels of religiosity among college students, the series will spotlight different religious groups’ methods and thoughts on maintaining their faith.

Growing up, Tahera Ahmad initially wanted to be a biochemist.

Ahmad was a senior in high school during the attacks in the United States on Sept. 11, 2001, and she said the subsequent discrimination and learning process she faced changed her career path. Now, Ahmad is Northwestern’s director of interfaith engagement and associate chaplain.

“(In college), I wish I had someone who was there, not only as a mentor, but (as) someone who understood what that painful journey must be like, and be able to talk to someone,” Ahmad said. “I didn’t have that. And so I wanted to be able to be there.”

The politicization of Islam affected Ahmad, but she said being a person of faith informs her advocacy for the marginalized and unifies people in activism. However, she said she often has to answer questions about her views on Syria, Iraq, wearing a hijab and a litany of political issues rather than the practice or rituals of Islam.

Ahmed said the national conversation around Islam, particularly as discussed by President Donald Trump, is convoluted because the religion is portrayed as being monolithic, despite the fact that there is a diversity of Muslim people and countries. She also said there’s a wide range of policies deployed by the U.S. government toward Muslims.

In particular, Ahmad called out the discrepancy between Trump’s rhetoric of danger around American Muslims and his “buddy-buddy” relationship with Saudi Arabia. Therefore, negative statements about Muslims are both dangerous and hypocritical, she said.

“Certain statements can actually be very problematic, because, you know, the number of times you repeat something to say, ‘Oh, Muslims are radical’, or ‘Muslims are terrorists’ — that then becomes the understanding of the vast majority of Americans,” Ahmad said.

Weinberg sophomore Jihad Esmail said since Trump’s election, he’s gotten a lot more questions about his opinions on political issues as a Muslim. However, Esmail said he finds that to be a “positive development” because people will ask their Muslim friends and colleagues rather than refer to secondary sources.

Esmail said his Muslim faith is “inherently political” because, quoting activist Linda Sarsour, the actions of Muslims in America are automatically politicized by both the government and society. The experience of having his religion politicized informs his political beliefs, he said, making him more accepting of others and willing to advocate for their rights.

Having been raised by a “firmly religious” family, Esmail said there are aspects of Islam that impact his politics as well.

“A fundamental principle of Islam is just going out of your way to fight back against injustice when you see it,” Esmail said. “That doesn’t just mean injustice against Muslims, but injustice against anybody in your society. I feel like that is a really important thing that is kind of counter to a lot of people’s opinions and views of Islam that I wish people would get.”

Similarly, Michigan gubernatorial candidate Abdul El-Sayed, who spoke at Northwestern on Feb. 7 as the keynote speaker during Discover Islam week, said his Muslim faith grounded his belief in justice and his American heritage cemented the importance he places on equality.

Those two identities established the fundamentals of his platform as a politician, he said.

“I was raised believing in the responsibilities I had to my fellow equal human because I was both American and Muslim,” El-Sayed said in his speech.

Regardless of religion, Ahmad said politics are involved in every aspect of people’s lives today. However, as a person of faith, she said she can use her beliefs to engage with the political realities that affect everybody.

“Religion and spirituality, for many people, it’s a…reservoir where (people) dig into the values from their religious tradition, or their spiritual tradition, which informs their action,” Ahmed said. “And so for me, (I) present my religious values to not further divide, but to really advocate for those who are marginalized … the values can really inform that conversation and move it towards some kind of activism.”

Related Stories:
In God we trust?: Jewish students’ relationships to Israel, like the country itself, are complicated
In God we trust?: Young Life leaders bring Christianity to North Shore teens — though it’s not for everyone