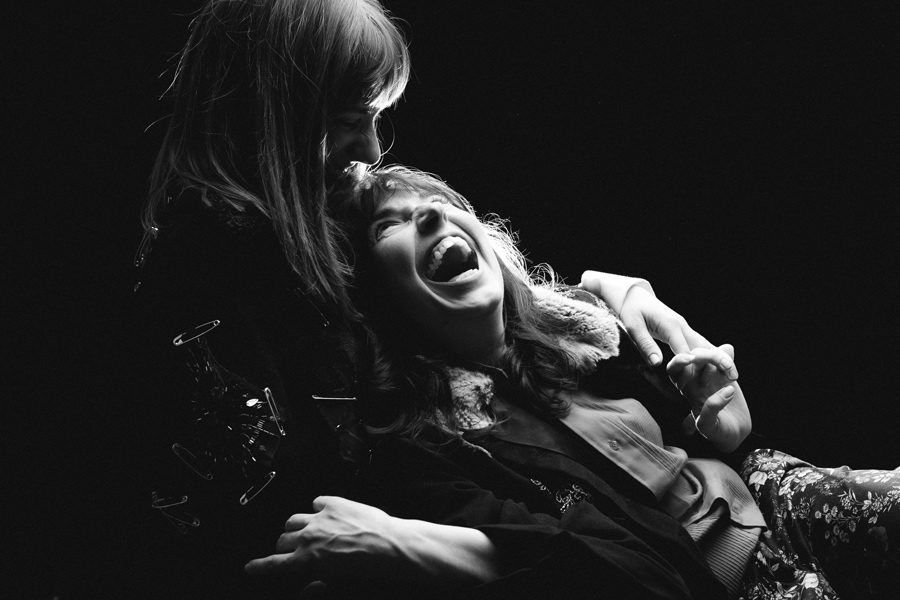 The original production of the play “Gross Indecency” featured an all-male cast. However, for their upcoming production of the show, artistic director Brian Pastor (WCAS ‘03) envisioned a version where the lead roles once filled by men are open to women.

The Promethean Theatre Ensemble, a Chicago-based group that Pastor co-founded, is producing “Gross Indecency,” a 1997 play by Moises Kaufman that chronicles the life and trials of Oscar Wilde. The play runs Feb. 15 through March 23 at Strawdog Theatre.

Pastor said the play was “originally intended as an examination and a celebration” of Wilde, a Victorian-era poet and playwright. They added that Promethean’s production introduces modern elements, like its gender-blind cast selection.

“The play carries a lot of resonance in particular right now because of the sociopolitical environment we live in,” Pastor said. “We’ve mashed up some things to help us give a sense of what these ideas might mean in a more modern context, while still using the exact words and gender identities of the past.”

“Gross Indecency” centers around the 1895 trial of Wilde, who was convicted of “indecency” after accusations of homosexuality. Pastor said the play’s script “weaves in” pieces of history from the actual trial.

Though all roles were played by men in the original production, Pastor said five out of the nine roles are filled by women in Promethian’s production. They added that having women in traditionally male lead roles, such as Wilde and Lord Alfred Douglas, makes the production unique.

Pastor said “Gross Indecency” has “a kind of punk subculture,” hitting on themes of identity, politics and gender and helping this interpretation stand out as a “21st century production.”

Identity politics hit close to home for Pastor, who identifies as gender non-binary. They said their own gender identity has “heavily influenced” the work they’ve produced.

“I tend to be drawn to stories that are about identity and the ability to be oneself, and the ways in which our society … might have put barriers in place to prevent us from fully realizing our best selves,” Pastor said. “That’s something that Wilde is really facing here.”

Jamie Bragg, who plays Wilde, has been a company member of Promethean for two years and auditioned for “Gross Indecency” in the summer of 2016. She said she knew going in that the show was going to use gender-blind casting, but she didn’t realize Wilde would be played by a woman.

Bragg said she “threw herself” into researching Wilde’s life in order to understand her character.

“I don’t think he’s been set up to be a saint,” Bragg said. “As the protagonist, he’s clearly the sympathetic character. But at the same time, it really reveals a lot of his frailties.”

Wilde’s real-life trial was carried out like a staged production, Bragg said, which has a “beautiful, sad irony.” She added that “having a character that has such a classic, dramatic arc, of hubris, rise and terrible fall” is the most exciting aspect of the play.

Lentino, one of the founding members of Promethean, said that the best aspect of theater is introducing thought-provoking conversations.

“Our ongoing goal is producing work that may hearken back to times past but feels relevant today,” Lentino said.

Pastor said they have been working on “Gross Indecency” since 2015 and that the play “took on a different tenor and energy” following the 2016 presidential election.

They said the current production of “Gross Indecency” is an exploration of how the world has changed in the two years since the 2016 election.

“Ultimately I think (the play) becomes a story about the ability to be oneself in whatever society or age you live in, and what are the barriers to that,” Pastor said.