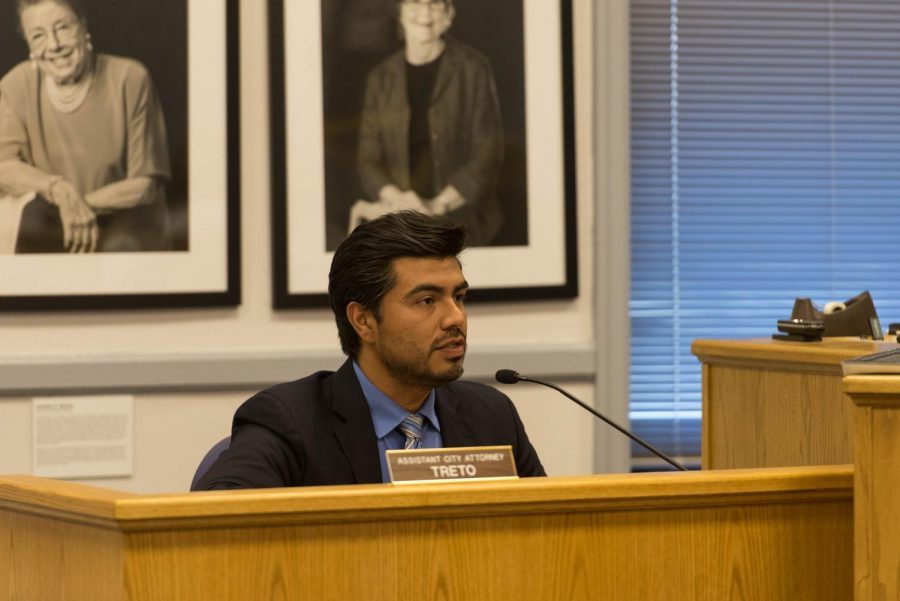 Mario Treto at a city meeting. Gov. J.B. Pritzker appointed Treto to the Illinois Department of Financial and Professional Regulation on Tuesday.

Treto will serve as the department’s director of real estate, where he will regulate the state’s real estate industry. Evanston city manager Wally Bobkiewicz said in a news release that Treto will oversee almost 100,000 licensees in real estate professional education, licensure, regulation and discipline.

In his current position as the city’s deputy attorney, Treto provides legal counsel to the city’s staff, departments and elected officials. He was promoted to this position last July after serving as assistant deputy attorney, and he has worked in Evanston’s law department since 2013. Before working for the city, Treto worked for Chicago-based law firm Tristan & Cervantes, where he worked in residential real estate, corporate law and commercial transactions.

Pritzker’s appointments are pending confirmation from the state Senate. The Pritzker administration has made more than 20 appointments to state departments and agencies as well as the office of the governor.