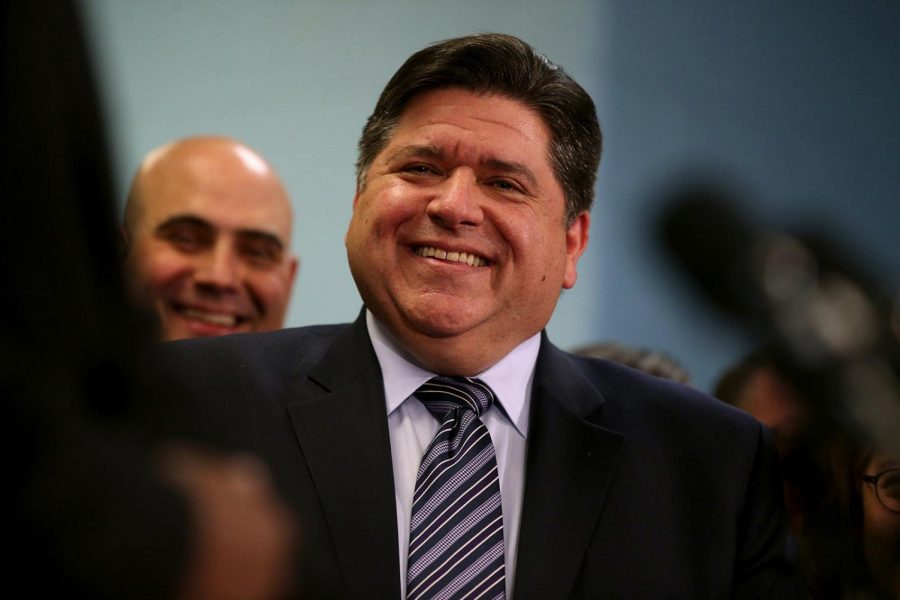 Gov. J.B. Pritzker at an event in Chicago on Thursday, Jan. 17, 2019. In anticipation of his proposed budget for fiscal year 2020, the Pritzker administration is forecasting a $3.2 billion deficit.

According to a Feb. 7 report by Illinois Deputy Gov. Dan Hynes, Illinois’ fiscal deficit has risen to $3.2 billion, roughly $440 million higher than the estimate from Rauner’s administration. Now, Pritzker, a Democrat who was sworn in Jan. 14, is expected to present a multi-year budget plan for the 2020 fiscal year on Feb. 20 to revive the state’s economic standing.

“Rebuilding a strong financial foundation for Illinois will take more than one year, or even one gubernatorial term,” Hynes said in the report. “The current administration is committed to working diligently and across party lines to put our state on a path to fiscal stability.”

When Rauner was in office, the governor clashed sharply with a Democratic-controlled General Assembly. The state lacked a fully appropriated budget for fiscal years 2016 and 2017, and the state now has a $15 billion debt from unpaid bills, according to Hynes’ report.

The state also has the lowest credit rating of any state, according to the Civic Federation, an independent government research organization that recommends strategies for Chicago and Illinois financial problems.

Therese McGuire, a professor of strategy at the Kellogg School of Management, said the state’s financial situation traces back to before Rauner was elected governor.

“(Rauner) may have made it worse in his four years in office,” McGuire said. “We’ve had, for many years, what’s known as a structural deficit, where the expenditures are outstripping the revenues.”

Part of this deficit comes from “woefully underfunded” public pensions, McGuire said. For many years, she said, the government has failed to meet its annual required contribution to pay for pensions.

McGuire said Pritzker’s budget needs to address the fiscal deficit by decreasing spending and increasing revenue. Two “well-regarded” business groups — the Civic Committee of the Commercial Club of Chicago and the Civic Federation — have released recommendations for how to address the deficit, McGuire said.

To increase revenue, the Civic Federation recommended that Pritzker’s budget eliminate the state’s tax exclusion for federally-taxable retirement income and expand sales tax to 14 services, including parking, landscaping and towing.

“(The state’s fiscal problem) is too big to avoid significant additional revenue now,” Laurence Msall, the president of the Civic Federation, told POLITICO. “The state needs sufficient and immediate revenue.”

To rein in spending, the Civic Federation recommended that the state limit its net spending growth to 2.4 percent per year through at least the 2024 fiscal year.

The fiscal concerns Illinois is facing will likely take several years to be resolved, McGuire said, but she said it is “crucial” to set the state on a path to address those issues.

“The real cost is to the economy itself,” McGuire said. “If businesses and individuals feel like the state of Illinois isn’t fiscally sound, and they have alternative places to live and do business, they will go to those alternative places.”