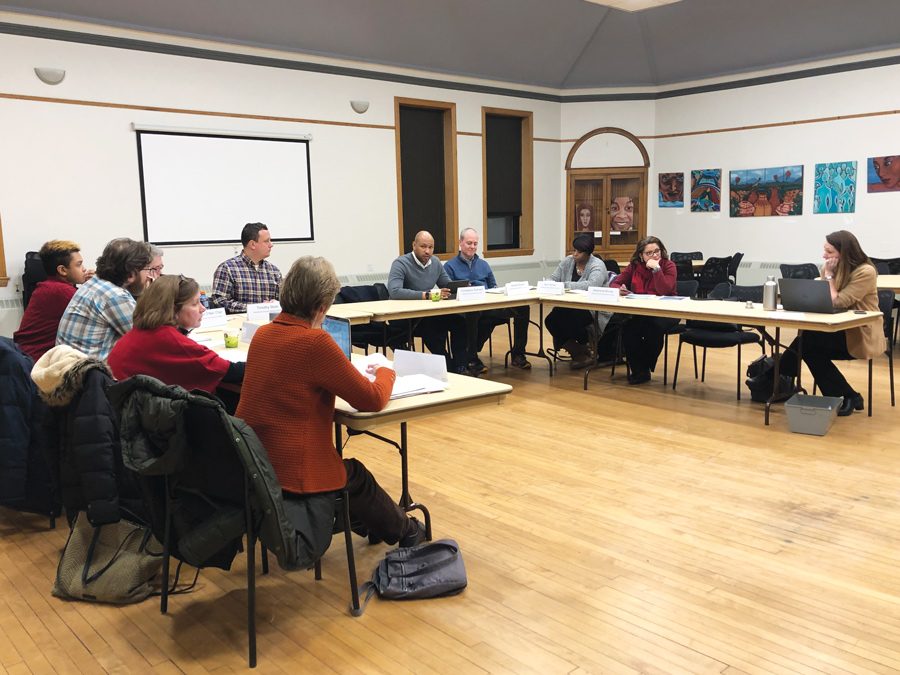 Mayor Steve Hagerty appointed the committee to look at how to spend city resources and different strategies to address affordable housing in Evanston. Committee members will present their report to City Council at the end of the year.

Sarah Flax, the housing and grants division manager for the city, said members came from diverse backgrounds, with experience in areas ranging from Veterans’ Affairs to transportation.

“The mayor tried to get a lot of different perspectives on this committee,” Flax said.

Committee members also discussed how best to implement their founding mission — to create a new plan for affordable housing. Committee member Ellen Cushing, who also chairs the city’s Housing and Homelessness Commission, proposed bringing in an outside consultant.

For previous affordable housing plans, analyzing Evanston’s housing market and drafting a plan was “a big job,” Cushing said. Many municipalities employ dedicated staff or consultants working full-time, rather than a part-time committee, she argued.

However, Ald. Eleanor Revelle (7th) said available funding for a rigorous study might be difficult to find. The city provisionally committed to providing $2 million largely from the Affordable Housing Fund for a development on Howard Street at a Feb. 4 City Council meeting. Revelle commented that it was unlikely that Council would approve further withdrawals from the fund for the Steering Committee.

Another committee member, Christopher Rothwell, emphasized the importance of boiling down hefty white papers to accessible statistics. The biggest current priority might not be new research, but rather outreach based on already available data, Rothwell suggested.

“We’ve been making really good progress on advancing some of our policies for affordable housing,” Revelle said. “But what we’ve been missing is where the need is — how many more, and what kind of rental units, and homeownership, and even understanding how cost-burdened a lot of our residents are.”

Community member Calvin Lynn told the committee that he hoped they would focus on homeownership rather than affordable rentals. Lynn founded PDQ Construction, a general contracting firm based in Evanston that works with the city to build affordable housing.

Lynn said the city has “tunnel vision” when it comes to affordable units, choosing to maximize rentals and quantity over quality homes. He added in an interview with The Daily that he hopes the Steering Committee will work to fix that discrepancy.

“I grew up on the South Side of Chicago, where everyone was in apartments, and I migrated to Evanston,” Lynn said. “When I got to Evanston I said ‘Wow, this is nice,’ because people in the black community had houses, garages, a high school that looked like a college.”

The Steering Committee elected to postpone assigning working groups to its next meeting, tasking members to reread previous literature produced by the city on affordable housing and return with suggestions for working groups.