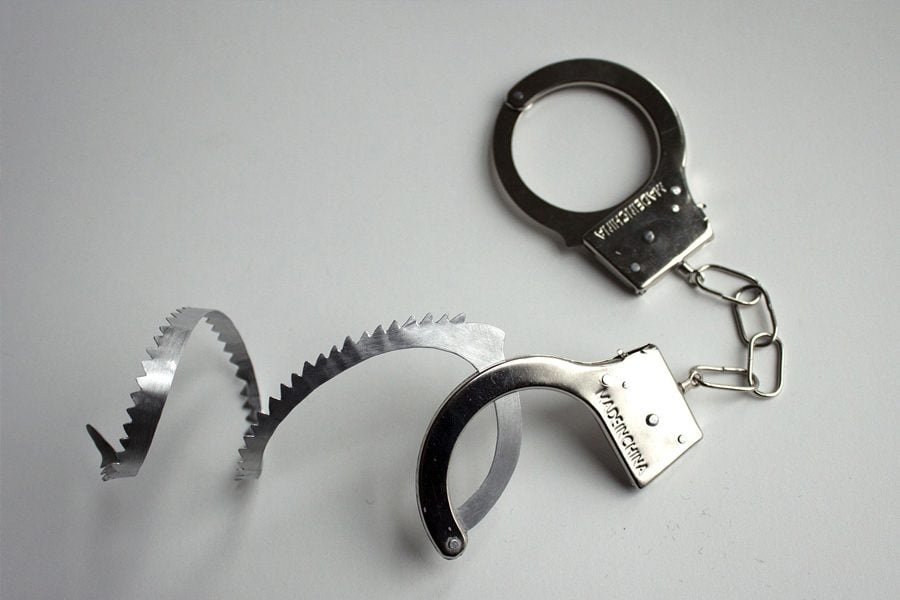 An image of “Made in China.” Céline Browning’s collection showcases sculptures of weapons in reference to the intersection of state-sanctioned violence and childhood games.

Artist Céline Browning said her exhibition “War Games” was inspired by the shooting of Tamir Rice, a 12-year-old black boy killed by police in Cleveland in 2014 while playing with a toy gun.

“For a lot of white Americans, that was a moment police brutality against people of color was brought to the forefront,” she said. “What does it mean for child to play with a gun and get presumed guilty based on the color of their skin?”

Browning’s work will be on display at Dittmar Memorial Gallery from Feb. 20 to March 25, with an opening reception on Friday, Feb. 22 at 5 p.m. The collection showcases sculptures of weapons in reference to the intersection of state-sanctioned violence and childhood games.

For this exhibit, Browning created sculptures highlighting topics of violence in children’s games, police brutality and gun violence in communities of color.

“Structural systems of oppression really need to be investigated in a poetic way,” she said.

Browning reimagined weapons through her sculptures, adding unexpected features — like a pistol that appears to have melted off a desk and a weapon firing off bright orange synthetic hair inside of a clear backpack. She said the series considers the impact weapons have in “childhood fun” and the effect gun violence has on children’s lives.

The exhibit consists of 10 pieces that “work together in physical conversation,” Browning said. Her favorite, “In the palm of his hand,” is a bright red metal heart with the outside texture of a grenade and a metal pin inserted in a blood vessel at the top. She said this is one of the few pieces with which she felt emotionally connected.

Dittmar curator and McCormick junior Ram Tiwari will be setting up the exhibit with Browning this weekend. He said her work was very timely and important to display.

“Her art really has a relevant and strong message behind it,” Tiwari said. “How she portrayed work was thoughtful and thought-provoking.”

Browning said she felt a social responsibility to create discourse around the prevalence of violence in communities of color, which she tries to do through her sculptures. Her relationship with work is not “based in joy,” but rather in need, she said.

She added that she wanted to leave room for viewer interpretation instead of being “prescriptive.”

“I want [the exhibit] to exist in conversation with students, and I’m looking forward to the work inhabiting a space where it can do that,” Browning said.