Far before John Musker became a legendary director at Walt Disney Animation Studios, he was an English major at Northwestern, unsure what his future held. A commuter student from Norridge, Illinois, Musker spent his limited hours on campus playing pool in Scott Hall, serving as the resident cartoonist for The Daily Northwestern and creating Super 8 films with his friends.

Musker (Weinberg ’75) grew up an avid lover of cartoons and comics but had never received formalized training. And while he’d always dreamed of turning drawing into his full-time career, his Jesuit high school instilled in him the value of a broad, humanities-based college education rather than a vocational one.

At NU, Musker’s training grounds as an artist were largely limited to the confined newsroom of The Daily, and over at Deering Library where he studied cartoonist profiles and dissected animation books.

It was in Christopher Finch’s book, “The Art of Walt Disney,” that Musker learned of the studio’s newly launched in-house training academy for aspiring animators. To be accepted into the program, Disney asked for a portfolio of figure drawings and animal drawings — the latter Musker said he had none of, coming from “an Irish Catholic family that was allergic to every known mammal.”

So, in late February, Musker braved the fierce Chicago winter and ventured down to the Lincoln Park Zoo, armed with pen and paper, baring treacherous temperatures and locking eyes with several monkeys in an outdoor cage.

“It was me and the monkeys and no one else, and I was just freezing,” Musker said. “The drawings were turning out horribly, and I just thought, ‘I can’t do this.’”

At that moment, an idea sprang on him: a trip to the Field Museum. Musker quickly packed up his materials, tied up his winter boots and headed downtown, where he drew from the exhibits’ dioramas and proudly sent his portfolio off to Disney.

Three weeks after, a letter from Disney arrived at his door, only to announce that Musker didn’t make the cut. Not only was he not deemed a deft artist, but his animal drawings were criticized as being too “stiff.”

“I said, ‘Stiff? What do you mean stiff? I drew them the way I saw them — they didn’t move while I was drawing them!” Musker said. “So all of my plans were going down in flames one after another.”

Soon after, though, Disney invited Musker to apply to CalArts, a newly-created arts school founded by Walt Disney himself. One application later, Musker suddenly found himself in a classroom alongside fellow aspiring animators, some of whom would later become the industry’s leading figures, like Brad Bird, Chris Buck and John Lasseter, who directed “Ratatouille,” “Frozen” and the “Toy Story” franchise, respectively.

CalArts opened the door to new friendships, collaborations and Musker’s eventual job offer at Disney just one year after he was originally rejected, he said.

Musker began working at Disney Animation Studios full-time in May 1977, the start of a 40-year-long career trajectory. He made his co-directorial debut in 1986 with “The Great Mouse Detective,” which marked a major collaboration with Musker’s future lifelong career partner, Ron Clements.

After Clements pitched the idea for “The Little Mermaid” and asked Musker to co-write the script, the two men played off each others strengths and became the dynamic duo that helped propel Disney into its Renaissance era: a period of back-to-back critically acclaimed films that young audiences today still religiously watch. Clements’ expertise in structure, combined with Musker’s deftness at writing dialogue and action, complemented each other and resulted in beloved classics like “Aladdin,” “Hercules,” “Princess and the Frog” and — most recently — “Moana.”

“Moana” was a film originally pitched by Musker. Inspired by Joseph Conrad novels set in the Pacific Islands and paintings by Paul Gauguin — both of whom he was first exposed to at NU — Musker delved into Polynesian mythology where he read about the the islands’ history and the character Maui, which he described as “made for animation.” 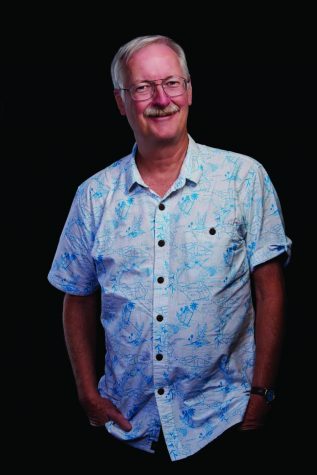 Source: John Musker
John Musker. The Weinberg alum studied English at Northwestern but went on to co-direct beloved Disney films like “The Little Mermaid” and “Moana.”

Musker and Clements pitched the idea to the studio and were sent on a research trip to Fiji, Tahiti and other islands in the Pacific. There, the duo shared stories with islanders and studied the islands’ rich culture and history to collect research for their upcoming feature.

“We came back sort of transformed from our experience in the islands and we threw out our story that we had before,” Musker said. “We kept Maui, but we really reinvented (the story) and built it around navigation, because we learned about (the islanders’) pride being the world’s greatest and first navigators.”

The new draft brought in the title heroine Moana, who embarks on a dangerous voyage at sea to save her tribe’s people. Released in 2016, the film — Clements and Musker’s first foray into computer-generated animation — was praised for its gorgeous visuals, creative storytelling and iconic soundtrack.

Bill Kroyer (Medill ‘72), a friend of Musker’s and former animator at Disney, noted how Musker and Clements were two of the few visionaries to “survive” at Disney through the studio’s decades of turmoil and management changes.

Kroyer praised the duo’s teamwork and said being a successful animation director requires both talent and vision.

“That’s what John and Ron had as a team,” he said. “They had this ability to envision a great story, have a sensitivity for what the art was supposed to be and manage and guide this massive machine toward reaching that goal.”

And while Musker officially retired from Disney last March, that doesn’t mean he’s putting away his drawing board quite yet. Musker is currently working on his own hand-drawn short film and has “10 to 12 more ideas” for future shorts in his head.

Musker said retirement has been good for him, allowing him to spend more time with his grandchildren and control all aspects of his creative endeavors, “for better or worse.”

In terms of his philosophy on filmmaking, Musker said he’s gone his entire career creating films he would enjoy and hoping others would feel the same. However, he said it’s always gratifying to hear people mention the films’ impact and watch fans make the movies their own.

“That’s probably the most rewarding aspect of all of this, to know that the movies — regardless of everything else — they’re going to live on beyond me and my children,” Musker said. “It’s kind of cool to know that stones were dropped in a pond and the ripples are still emanating.”