‘Black Panther’ breaks the barriers of superhero films of the past, providing larger commentary on black culture and colonialism 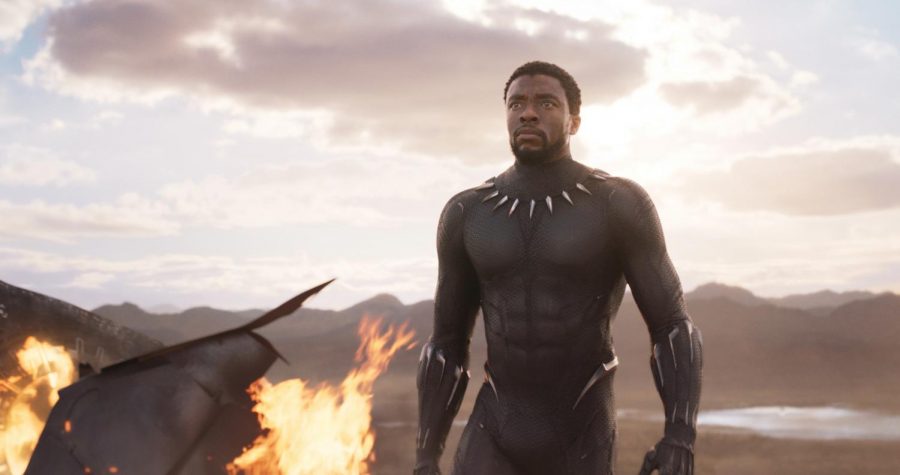 Ryan Coogler’s “Black Panther” could’ve been yet another addition to a long line of superhero films in a drawn-out franchise. After all, with 17 films under its belt, the Marvel Cinematic Universe had all but perfected the art of the modern superhero movie. This time, though, the studio took a risk and created a picture that not only diverged from its genre norms but redefined them altogether, creating a captivating story and a worldwide sensation. For that, “Black Panther” is more than worthy of the Best Picture win at this year’s Academy Awards.

“Black Panther” tells the story of T’Challa (Chadwick Boseman), who returns to the Afrofuturistic nation of Wakanda to assume the throne after his father dies. Faced with opposition to his ruling and two villains who are determined to destroy Wakanda, T’Challa sets out to protect his people from an all-out war.

At its core, this is a grassroots Marvel movie; there’s violence and fight scenes galore from the get-go, a mix of clever dialogue and witty humor, “the fate of the world is in your hands”-type stakes, a seemingly all-powerful substance that every villain pursues — all climaxing into a dramatic fight scene in the third act.

This is hardly your average superhero movie, though. Led by a predominantly black A-list cast including Boseman, Michael B. Jordan (“Creed,” “Fruitvale Station”), Lupita Nyong’o (“12 Years a Slave”), Danai Gurira and Letitia Wright, “Black Panther” is a celebration of black culture that doesn’t shy away from providing commentary that extends beyond snarky comments on Thor’s abs.

While the movie’s backdrop, Wakanda, is thought to be a developing country to the outside world, the nation is actually ripe with innovation and breakthrough scientific technology. Through this world, the film explores the untapped possibilities for Africa had it not been plumaged of its resources and exploited by colonialism. And while, yes, this is a highly fictitious, superhero movie, “Black Panther” distinguishes itself in the genre by exploring themes like these that often go ignored or end up whitewashed in mainstream media.

The cast of “Black Panther” is also no less than stellar. And while Boseman shone in the lead role of T’Challa, the real heroes of this movie were the badass women of Wakanda — specifically Shuri, Nakia and Okoye — who stole the show with their nuanced performances and defining character traits that made them excel in science, leadership and combat, along with Jordan dominating in his role as the poised but villainous Erik Killmonger.

Marvel put in the work to develop these characters as individuals, and it shows. Killmonger, especially, is one of the greatest villains Marvel films — and superhero movies in general — have seen in a long time, not just because of his superb acting, but also because of his complex motives. Killmonger believes Wakanda has an obligation to equip oppressed people of African descent with the resources to overthrow their oppressors. His motives are understandable, if not fully justifiable, leaving audiences wondering if he’s really the villain as the end credits roll.

Whether you’re a die-hard Marvel fan or have yet to be enticed into the MCU, “Black Panther” commands your attention and holds it until the very end. This isn’t just a film; it’s a cultural phenomenon that boasts an incredible cast and three-dimensional characters, and doesn’t shy away from tackling major issues head-on, unapologetically.