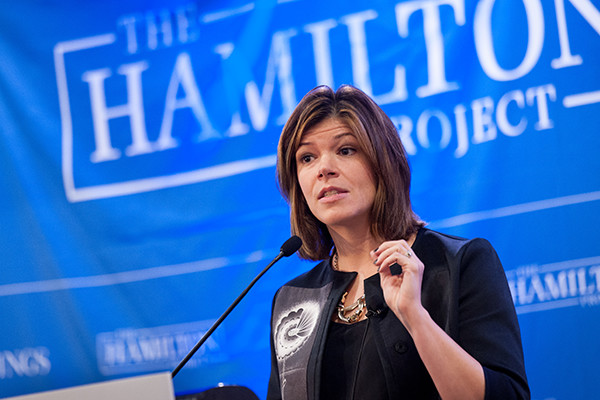 SESP Prof. Diane Schanzenbach. Schanzenbach has been elected to the National Academy of Education, a prestigious team of scholars dedicated to the advancement of impactful education research.

SESP Prof. Diane Schanzenbach has been elected to the National Academy of Education, a selective team of scholars committed to advancing “high-quality research to improve education policy and practice,” the University announced in a news release Monday.

Schanzenbach, who is also the director of the Institute for Policy Research and SESP’s Margaret Walker Alexander Professor of Human Development and Social Policy, will join ten other NU academy members as a part of NAEd. Her election to the organization recognizes her research contributions in the field of education, the release said.

Schanzenbach’s scholarship has examined policies targeted at improving long-term outcomes for children in poverty. Her studies have analyzed school finance reforms and demonstrated the importance of quality formative education in shaping success for students, in addition to other research questions.

“Most recently, her work has focused on how income-support programs such as the Supplemental Nutrition Assistance Program, or SNAP, (formerly the Food Stamp Program) offer vital long-term benefits to children,” the release said. “Her articles have appeared in leading economic and policy journals.”

Before coming to Northwestern as the director of IPR, Schanzenbach served as director of the Hamilton Project, an economic policy initiative, at the Brookings Institution in Washington, D.C.

The National Academy of Education — an organization with over 200 members — tackles research projects focused on “pressing educational issues,” according to the organization’s website. As an academy member, Schanzenbach will work to train other education scholars and continue her own research.

“These leaders are at the forefront of those helping to improve the lives of students in the United States and abroad,” Gloria Ladson-Billings, the academy’s president, said in the news release.

Schanzenbach will be inducted as a formal member of the academy in November 2019.