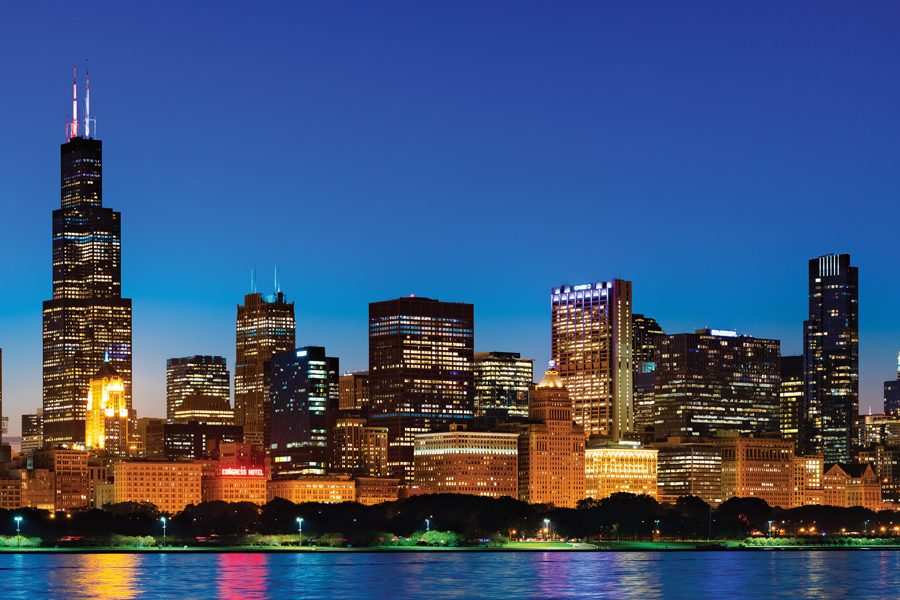 The Chicago skyline. Some Northwestern students from Chicago remain undecided on the upcoming mayoral election.

With less than three weeks until the Chicago mayoral election, many Northwestern students from Chicago still remain undecided about who to vote for.

Last September, Chicago Mayor Rahm Emanuel announced he would not seek re-election. There are currently 14 candidates on the Feb. 26 ballot, but in the very likely case none of the candidates receive the required 50 percent majority, the top two candidates move forward to a runoff scheduled for Apr. 2.

When SESP senior and Chicago native April Navarro heard Mayor Emanuel’s announcement to step down, she said she was “ecstatic” for a new Chicago.

“I am super excited about the change that’s coming,” Navarro said. “I was just shy of being 18 when the last mayoral election happened, so this will be the first one I’ll get to participate in.”

However, Navarro is still very much undecided on who she will vote for, and she is not alone. According to a Jan. 25 Chicago Sun Times poll, about one in four voters is still undecided.

SESP junior Hailey Cox-Montijo is from Avondale in Chicago, and she said she will definitely vote in this election, but she is also still undecided.

“Local elections have an even bigger impact on people than national elections,” she said. “These are everyday policies that affect people’s everyday lives.”

Dick Simpson, former 44th ward alderman and political science professor at the University of Illinois at Chicago, said the upcoming weeks will be critical for the campaign.

“You can expect to see a kind of surge in the next two and half weeks,” Simpson said. “It will be a very a close vote, so that means any particular group that gets behind one candidate can make big difference.”

Given the crowded field, Simpson also said that young voters like college students could play a major role in determining who will make it into the runoff.

Despite being undecided, Navarro said she wants candidates to address policing, education reform and the rising cost of living in Chicago. This past summer she worked at Erase the Database — a campaign that seeks to get rid of information generated by the Chicago Police Department to identify potential gang members.

“I think criminalization is a really big thing,” Navarro said. “I live on the southwest side and so much of the city’s budget goes into policing and not enough to schools.”

Northwestern Prof. Bill Savage said the city must address racism within CPD and the pain the force has generated for the city and the black community. Other issues include the city’s pension, taxes and transportation system, Savage said.

While only a small percentage of Northwestern students are from Chicago, Savage said the race for mayor should be something all students are aware of.

“A lot of Northwestern students like to think they live in the Evanston bubble,” Savage said. “The reality is that Evanston and Chicago are part of a single echo system of politics, economics and transportation. If Chicago blows up in a bad way it can’t help but hurt Evanston.”