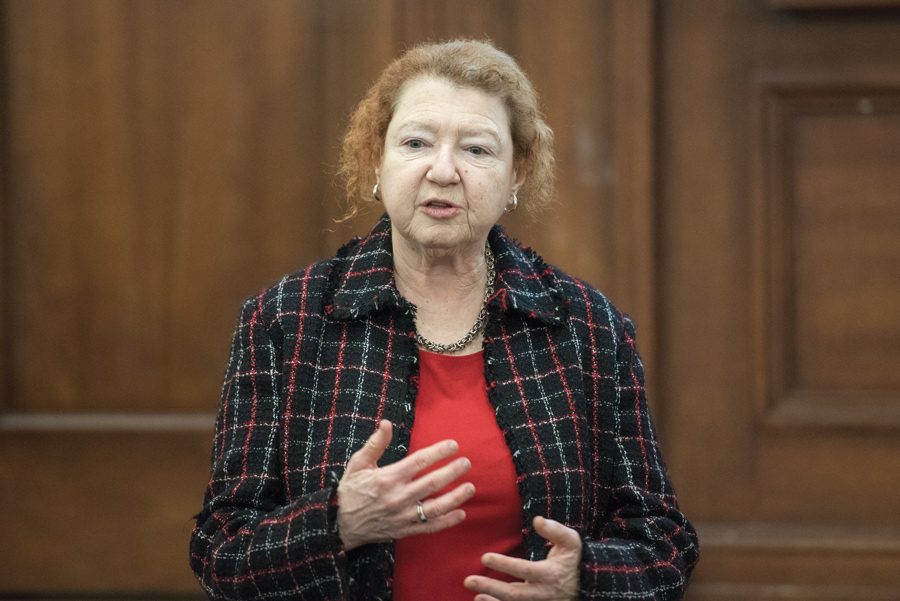 Helzner’s presentation primarily focused on her career path and how it furthered her goals to increase knowledge of issues regarding women’s reproductive rights and sexuality education. Neha Pashankar, the co-chair of the sexual and reproductive health committee within PPGA, reached out to Helzner and organized the event. She said she wanted the presentation to focus on Helzner’s profession because of the “human-focused” nature of her experiences.

“We often see these really successful people and we’re like ‘Oh my gosh, how did you even get there?’” the Weinberg sophomore said. “I thought she would be a great speaker for us and something to bring to the broader Northwestern community.”

Helzner began her career working at non-profit organizations, starting in 1977 at Pathfinder International, an organization working to increase access to sexual and reproductive health services. She later moved to the International Women’s Health Coalition in 1985, where she worked as the Latin America Program Officer and CFO.

“My goal there was to try to make IPPF/WHR and its affiliates a little less medical (and) clinical, a little less male dominated,” Helzner said. “I was the first woman on the senior staff at that time and to make it a little bit more towards that idea of sexual, reproductive health and rights and quality of care and women’s needs.”

After spending over a decade working at the MacArthur Foundation, Helzner became an independent consultant — partnering with organizations and companies to promote reproductive and sexual health education.

The most rewarding part of Helzner’s career, she said, is not a single, specific project that she’s worked on. Rather, it’s the overall impact of all the work that she’s done.

“What’s given me satisfaction is the idea that I’ve been some kind of agent of change in all the jobs that I’ve had, to move our field along, to drag people, kicking and screaming, towards that goal of more attention to reproductive and sexual health and rights,” Helzner said.

She added how she thought “meaningful youth engagement” was essential in order to increase young people’s knowledge of sexuality education because when they get older, they will be responsible to promote the spread of effective and accurate reproductive and sexuality health education.

SESP first-year Marissa Levy, a member of PPGA, agreed with Helzner, and emphasized how important it is to increase understanding of women’s issues on campus, especially among male students.

“I’m a huge proponent for awareness of reproductive and sexual activities health on campus,” Levy said. “It’s really hard to reach people because this is still kind of a taboo topic, and I think it’s obvious because there were two men here and ten women and I think with things like that, you’re always just going to get that unequal ratio.”