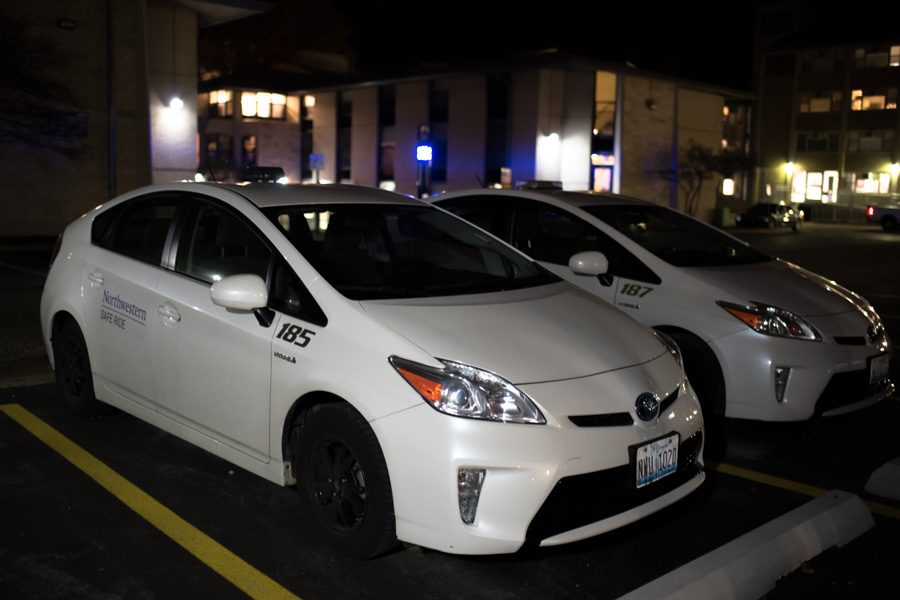 Northwestern Safe Ride provides a free alternative to walking alone on campus at night, but the service has seen an increase in ride requests and, as a result, long wait times following the recent cold weather and attempted grabbings in the fall.

While Safe Ride was closed during last week’s polar vortex, the cold weather has prompted more students to use the service, Safe Ride manager Bernard Foster said in an email to The Daily. Safe Ride also encouraged the use of its service after multiple students were targets of attempted grabbings around campus in the fall. In November, Safe Ride temporarily suspended its three block minimum due to safety concerns.

Emma Latz, a dispatcher supervisor, said in an email to The Daily that removing the minimum distance caused an increase in ride requests, as did the colder weather.

“We definitely see a spike in the Winter Quarter too,” Latz said. “When the weather is particularly cold, snowy or rainy, we end up having very long wait times.”

Latz estimated that drivers may be picking up between 35 and 40 more riders on weekdays compared to before the attempted grabbings, but that weekend numbers have stayed consistent.

She added that the office is a bit overloaded because they are often understaffed, with only three drivers out on weeknights.

“Each driver gets a one hour break during the night because the entire shift is a total eight hours, so for three hours that night I would actually only have two drivers actively picking up rides,” Latz said. “That can certainly get overwhelming because our wait times skyrocket.”

Radian Davishines, a student driver, said she hasn’t noticed a difference since requests go through the dispatchers rather than the drivers.

“(Drivers), for the most part, are still being scheduled two days a week from what I’ve seen, and the only thing I could say is that sometimes it goes later,” the Weinberg sophomore said.

Wait times can be frustrating for some students who are trying to plan when they may leave or arrive at a certain destination. Weinberg first-year Tseon Kassie said she often uses Safe Ride in cold temperatures as an alternative to the campus buses to avoid waiting outside.

She said she tends to use the service two to three times a week, but some days the wait times discourage her from using it. Kassie added that the TransLoc Rider app used to call rides can also be unreliable because it shows the number of people waiting for rides, which can fluctuate randomly.

“When it was really cold outside, you would have to wait over 40 or 45 minutes for the Safe Ride to arrive because there were so many other people ahead of you,” Kassie said. “You never really know when it’s going to arrive.”

To deal with the number of requests, Latz said Safe Ride is trying to hire more drivers and encourage students to use other resources that they may not know about, like Safe Ride’s Twitter page, which posts wait times every 30 minutes to help riders better plan their nights.

Davishines said she understands that some students might find Safe Ride unpredictable but added that getting a ride is often better than trying to walk places alone at night, particularly when it’s cold.

“I know that the unreliable wait times and stuff can seem to discourage people from using the service,” Davishines said. “But I do still think that it’s a very valuable service.”