Local restaurant Boltwood closed after struggling to turn a profit 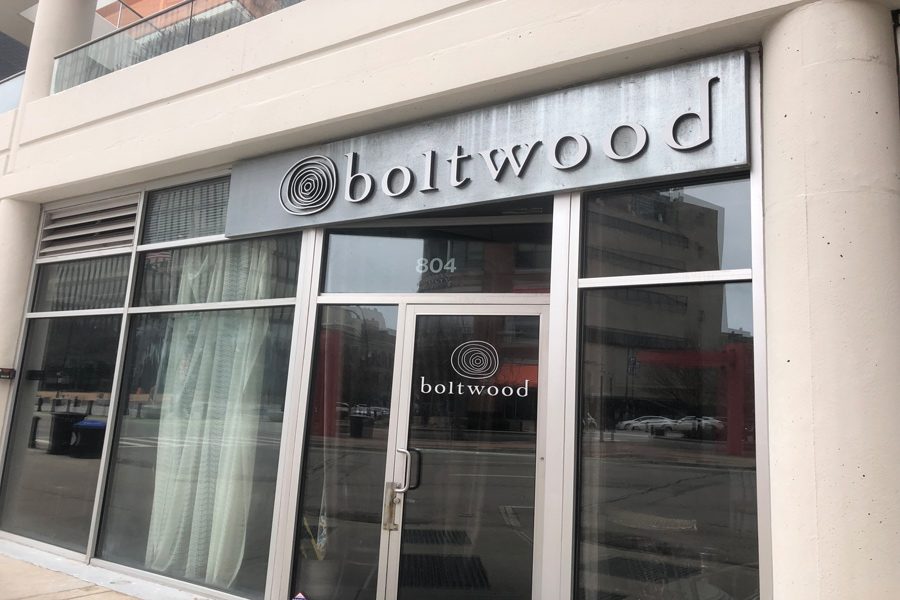 Boltwood, which used to be located at 804 Davis St. The restaurant closed December 31, after owner Brian Huston decided not to renew the lease

After five years in business, the doors have been bolted shut on Boltwood, a local market-driven restaurant in downtown Evanston.

The restaurant closed on Dec. 31, 2018, after owner Brian Huston and partner Chrissy Prieto decided not to renew the lease at 804 Davis St., as Boltwood struggled to increase profit margins.

“With high rent, labor, food, it wasn’t cost-prohibitive for us to move forward and turn a profit,” Huston said.

Huston said Boltwood had a “fluid” menu that changed seasonally, and the restaurant prioritized cooking with fresh, local ingredients.

The restaurant was named after Evanston Township High School’s freshman wing, which used to be called Boltwood. When Boltwood first opened in 2014, Huston, himself an ETHS alumnus, said he wanted the restaurant to be “a place that feels alive with energy and enthusiasm” and “a place where relationships are built,” according to the restaurant’s website. Within a year of opening, the restaurant was featured in Chicago Magazine’s Best New Restaurants.

“(The owners) live here,” Zalmezak said. “They grew up here. They know Evanston.”

Annie Coakley, the executive director of Downtown Evanston, said the restaurant offered “the ultimate personal experience.” Coakley, whose office is next door to the restaurant, said Boltwood quickly became one of her favorite lunch spots.

Coakley said Boltwood was a “very well-respected” restaurant in the downtown dining scene. The restaurant even pulled Chicago residents to the downtown Evanston area, she added.

Boltwood’s closing was a “big hit” to Evanston’s restaurant scene, Coakley said. She said she is concerned about the implications of a local business closing. Downtown Evanston aims to encourage Evanston residents to buy from local stores and restaurants.

“If we don’t have local buying power, we’re not going to have the same downtown we have now in a couple of years,” Coakley said.

Coakley said she anticipates more restaurants will close permanently, largely because of increased competition with online shopping and food-delivery apps like GrubHub.

Zalmazek said Boltwood closing is part of a “natural churn where restaurants have their run and then they move on.” Before Boltwood, Lulu’s — a local Asian Fusion restaurant — used to occupy the space for 21 years.

Zalmazek said he is confident the owner of the Davis Street property will find a good tenant for the space. The city has a high occupancy rate, Zalmezak said, and he said brokers with available spaces are “optimistic” that they will find renters.

Huston said he is still determining his next venture but will be staying in Evanston. Prieto, who is also Huston’s wife, now works as an assistant manager at Campagnola on Chicago Avenue. Both Prieto and Huston said they are grateful for their five-year run at Botwood.

“A lot of cooks cook because they love cooking for friends and family,” Huston said. “(At Boltwood), I got to do that on a nightly basis.”