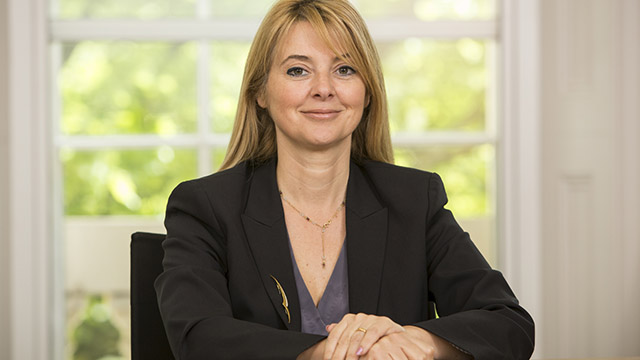 Francesca Cornelli. Cornelli will start her position as dean of the Kellogg School of Management on Aug. 1

Francesca Cornelli will be the new dean of the Kellogg School of Management, the University announced Friday.

Cornelli, who is the deputy dean of degree education and director of private equity at the London Business School, will begin her new position on Aug. 1, according to a news release.

She succeeds Kathleen Hagerty, who has served as interim dean since September 2018, and Sally Blount (Kellogg ’91, ’92), who stepped down as dean last year after serving in the position for eight years as the first woman to lead a top-ranked business school in the U.S. Hagerty will serve as interim dean until July 31, the release said.

Cornelli received her bachelor’s degree from Università Commerciale Bocconi in Milan, Italy and her master’s and doctorate in economics from Harvard University. Cornelli is also an editor of the Review of Financial Studies, a research fellow of the Center for Economic and Policy Research and previously served as a director of the American Finance Association, the release said.

“I have always admired Kellogg as a school full of ideas, of creativity and innovation. I am very excited and honored to join a community of such talented people,” Cornelli said in the release. “I know that together we can continue raising the bar while staying true to the Kellogg spirit.”