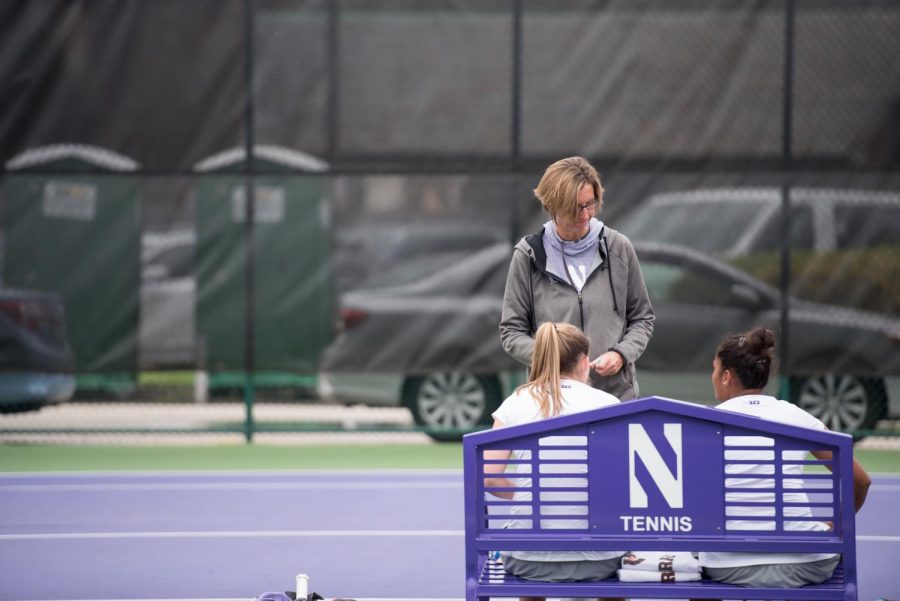 Freshman Clarissa Hand, ranked No. 100 in the nation, earned the title of Big Ten Tennis Athlete of the Week following her three-match sweep through the field at the Miami Spring Invite last weekend, becoming the first Wildcats’ rookie since 2015 to gain that recognition.

Against the field in Miami, Hand upset No. 7 Estela Perez-Somarriba from Miami 6-3, 6-4 and won two doubles matches as well, leading the Cats to the best finish out of the four-team field.

“That match (against Perez-Somarriba) started off pretty terribly,” Hand said. “But once I was able to calm down and really play my game, I was able to come out on top.”

In doubles play, Hand and Lee Orr handled a Miami doubles team ranked No. 51 in the NCAA, as well as a duo from Vanderbilt.

Winning 9 of its 12 matches at the event, NU impressed in its first matches of 2019. While inclement weather impacted the event’s schedule throughout and led to the third day being cancelled, coach Claire Pollard said the Cats were able to show they’ll be a difficult team to match up against over the season.

“We hadn’t played in five weeks before this match,” she said. “So I was going in with my eyes wide open, and I think our girls did an outstanding job.”